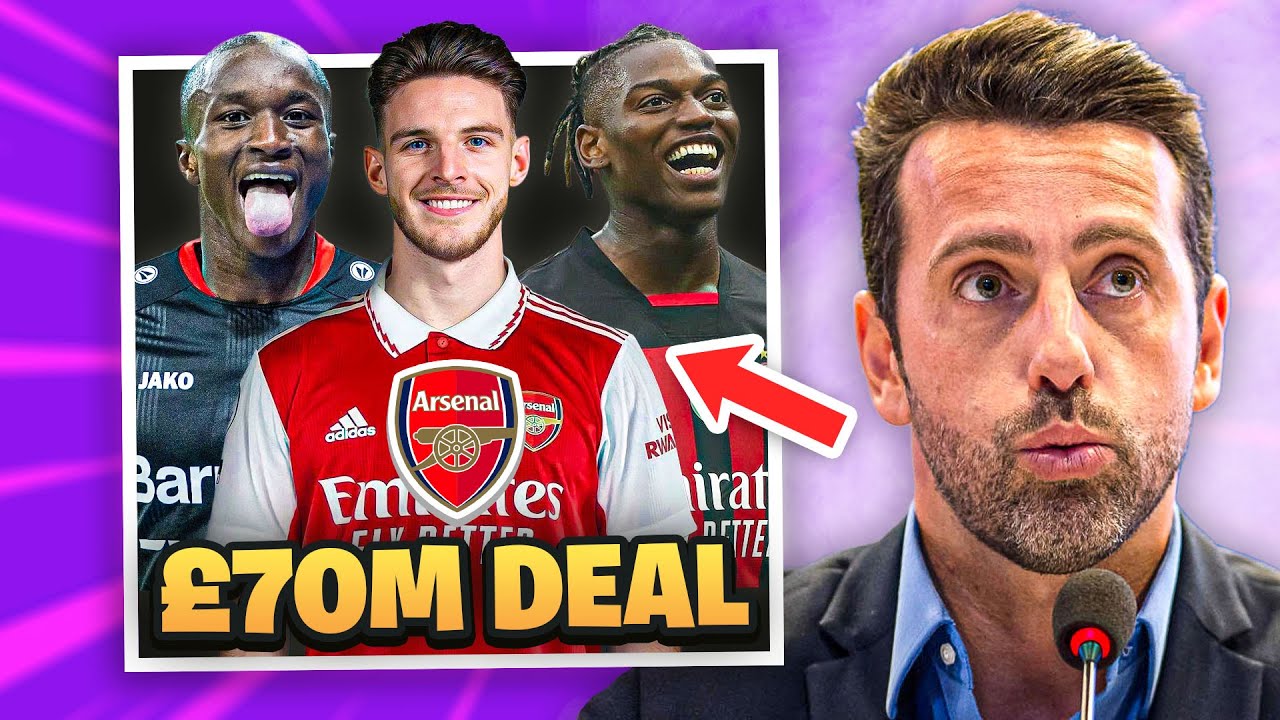 West Ham United midfielder Declan Rice is reportedly leaning towards a move to Arsenal over former club Chelsea ahead of an expected departure from the London Stadium.

The England international only has 18 months left to run on his existing deal with the Hammers, who are supposedly resigned to losing him in the summer.

Rice has long been linked with a nine-figure switch to Manchester United or Chelsea, having been a member of the Blues’ academy for seven years before joining West Ham in 2013.

However, Arsenal are since believed to have emerged as the leading contenders for the 24-year-old’s signature and are confident about their chances of concluding a big-money deal.

According to The Guardian, Rice would be open to a move to the Emirates Stadium, having been enticed by Mikel Arteta’s plans for his role in the Gunners team.

ALSO READ:  Romano reveals Arsenal linked to ‘many names’, speaks on one midfielder

The report claims that Arteta has worked out where Rice would fit into his starting lineup, and Arsenal are increasingly optimistic about landing their leading summer target.

Rice is ‘almost certain’ to depart relegation-threatened West Ham ahead of the 2023-24 season, having rejected numerous offers of a contract extension from David Moyes’s team.

West Ham are still believed to be after an extortionate fee of at least £100m to sign Rice, but the Hammers are unlikely to fetch that amount given his contract situation and may have to lower their demands to £80m.

Despite refusing to enter a bidding war with Chelsea for the signing of Mykhaylo Mudryk, who cost the Blues £88.5m, Arsenal would supposedly have no problem forking out an £80m fee for Rice.

Furthermore, the ex-Chelsea youngster reportedly believes that he can develop into an even better player under Arteta, whose Arsenal side are five points clear at the top of the Premier League table.

Rice has guided West Ham to Europa League and Europa Conference League football, but he has confirmed his desire to play in the Champions League one day – something he is unlikely to achieve in the remainder of his contract with West Ham.

“One hundred per cent I want to play in the Champions League. For the last two or three years I’ve been saying that,” Rice told reporters during the World Cup.

“I’ve been playing consistently well for my club and I feel like I really want to keep pushing. I see my friends here who are playing Champions League and for big trophies.

“You only get one career and at the end you want to look back at what you’ve won and the biggest games you’ve played in.”

Rice has recorded 11 goals and 13 assists in 221 appearances for West Ham across all tournaments, including one goal and three assists from 26 appearances in the 2022-23 campaign.

Arsenal have already signed Leandro Trossard from Brighton & Hove Albion this month, and the Gunners are closing in on the capture of Polish centre-back Jakub Kiwior from Spezia.

The 22-year-old completed his medical on Saturday and is expected to be in the stands when Arsenal welcome Manchester United to the Emirates on Sunday afternoon.