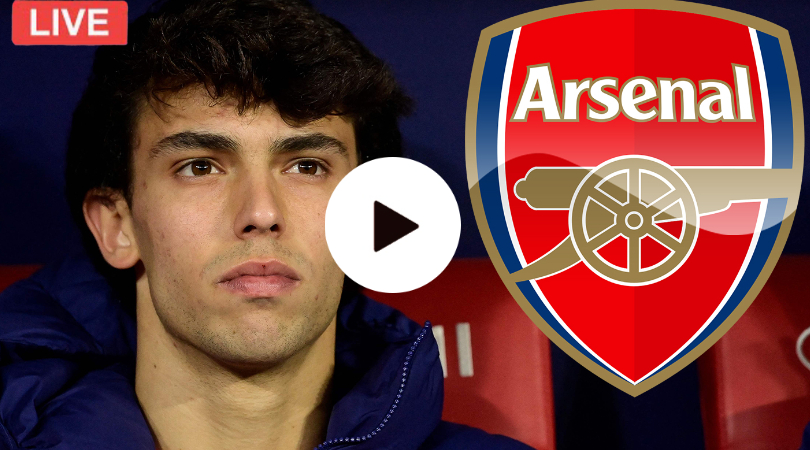 Arsenal are reportedly leading the race to sign Joao Felix in the January transfer window. The Gunners want to sign the Portuguese forward on loan in January.

Manchester United are also monitoring the situation as they continue their search for a replacement for Ronaldo. The Portuguese forward is going to leave as a free agent in January.

However, the Arsenal owners are ready to match the ambitions of Mikel Arteta to win the league. The report also claims that the Gunners are ready to hand Arteta a substantial January budget. Many reports claim that the budget is as high as 100 million. Hence, affording his loan fee and wages would be an easy task for the Gunners. However, at the moment they are prioritizing the signing of Mykhaylo Mudryk. Although, Mikel Arteta will also have an eye on the injured Gabriel Jesus replacement.

A number of reports claimed that Paris Saint-Germain were leading the race for his clearance. The reports also claimed that the forward preferred a move to the French giants. However, transfer expert Fabrizio Romano has put an end to these baseless rumors. He further said,

“Paris Saint-Germain have never opened concrete talks to sign João Félix from Atlético Madrid, they’re still not actively working on any January move as main focus will be the summer.

Hence, it is clear that Arsenal are in the open race to sign Joao Felix. The Portuguese forward has made it clear that he will leave the La Liga giants in the January transfer window. Manchester United are also keeping an eye on the situation. It is because they also want to sign a long-term replacement for the leaving Cristiano Ronaldo. However, for the Gunners, he will potentially start the initial games due to the Gabriel Jesus injury. Although, the Portuguese forward will face competition after the recovery of the Brazilian star forward.

Hence, Arsenal will have to think about many things before making any decision to sign Joao Felix in the January transfer window. They also have to make a space for their top January target Mykhaylo Mudryk in the line-up. Many reports are claiming the deal for Mudryk is as good as done. They will also have to function their January within the FFP rules.