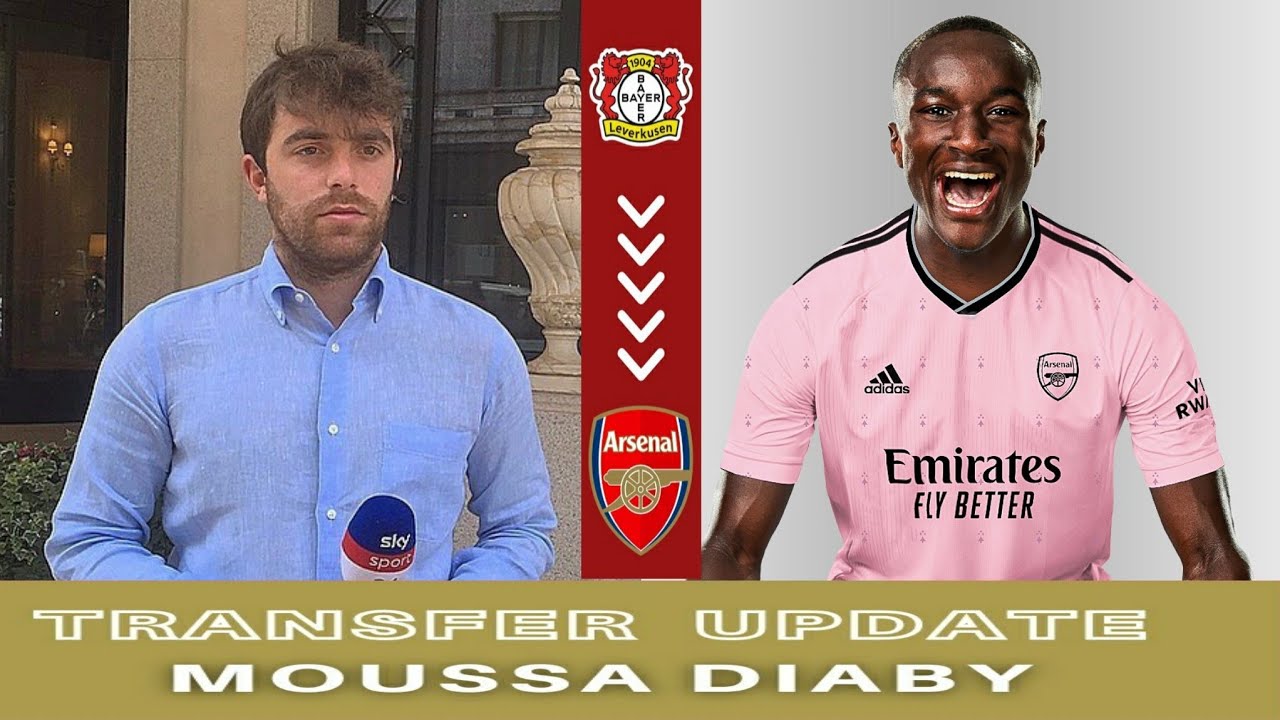 However, the BILD journalist has told GiveMeSport that he is likely to cost the same amount of money as Mykhailo Mudryk, who recently joined Chelsea.

According to Sky Sport, Arsenal are looking at alternatives to Mudryk and have identified Diaby as one.

The Gunners missed out on the 22-year-old, who signed for their London rivals Chelsea in an £88.5m deal last Sunday, as reported by Sky Sports.

Arteta must now consider other names if he still wants to sign a new winger this month, and Diaby appears to be one the Spaniard currently has in mind.

You suspect, though, that Bayer Leverkusen are going to do all they can to keep the Frenchman, who is one of their best players, at the club this winter.

What has Christian Falk said about Moussa Diaby and Arsenal?

Falk thinks Diaby would be ideal for Arsenal but says Leverkusen would probably ask for €100m (around £88m) for the 23-year-old.

Speaking to GMS, the BILD journalist, who also writes for CaughtOffside, said: “If they give Diaby to Arsenal, he would be a perfect player because they didn’t get the other one. But he’s really in the same range, €70m plus €30m, which Chelsea paid for Mudryk.

“Arsenal said we couldn’t pay that, so I’m not sure if they get Diaby if that’s the amount they can’t pay.”

Diaby really does look like a good alternative to Mudryk. Last season, he scored 13 goals and provided 12 assists in 32 Bundesliga appearances, as per Transfermarkt.

As for the current campaign, the France international has registered nine goal contributions in the league so far and an average of 1.9 key passes per game, which is the highest in Leverkusen’s squad, according to WhoScored.

If Arsenal were unwilling to pay £88m for their primary target Mudryk, though, it is hard to imagine them spending that on an alternative. Shakhtar Donetsk chief executive Sergei Palkin, however, has told The Athletic that their offer was similar to Chelsea’s but differed when it came to things like bonuses.

At that price, the Gunners will probably not be signing Diaby in this transfer window. But if Leverkusen are open to accepting less and their English counterparts end up striking a deal with them, as the above shows, he could bring a lot to the Emirates.

It is perhaps one to watch, but getting the former Paris Saint-Germain man out of the BayArena this month looks like an extremely difficult task.