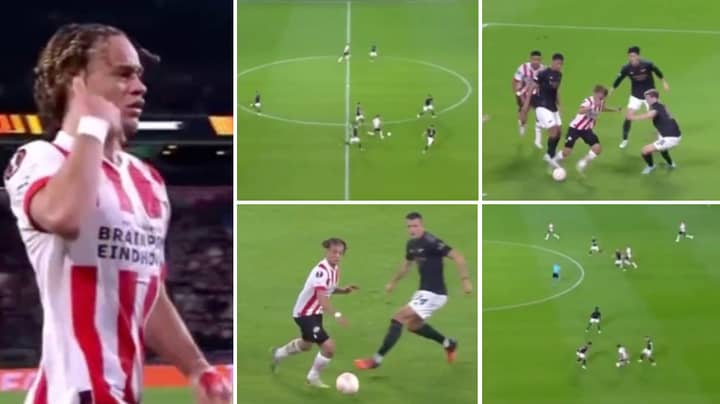 Arsenal and Liverpool are keen on signing Xavi Simons at the end of the campaign. And it will be interesting to see where U21 Netherlands international ends up after impressing for PSV. Simons has done quite well since his move to Eredivisie giants and he has been a crucial starter for them this campaign.

Xavi has impressed with his playmaking abilities, chipping in with ten goals across all tournaments as well. The 19-year-old playmaker is widely regarded as a prodigious talent who has the attributes to develop into a world-class football. And the Dutch playmaker could be a quality long-term acquisition for both Arsenal and Liverpool.

The Spanish boss is impressed with the Dutchman’s abilities. And Mikel Arteta believes that the former PSG attacker would be an ideal fit for the playmaking role in the Gunners side. However, the Spanish coach already has footballers like Odegaard and Smith Rowe at his disposal.

Given the competition for places at Emirates Stadium, a move to Liverpool would be perfect for Simons, as he is likely to get more playing time at Anfield. Also, Jurgen Klopp is a proven coach and has won major titles with the Merseyside giants in recent campaign.