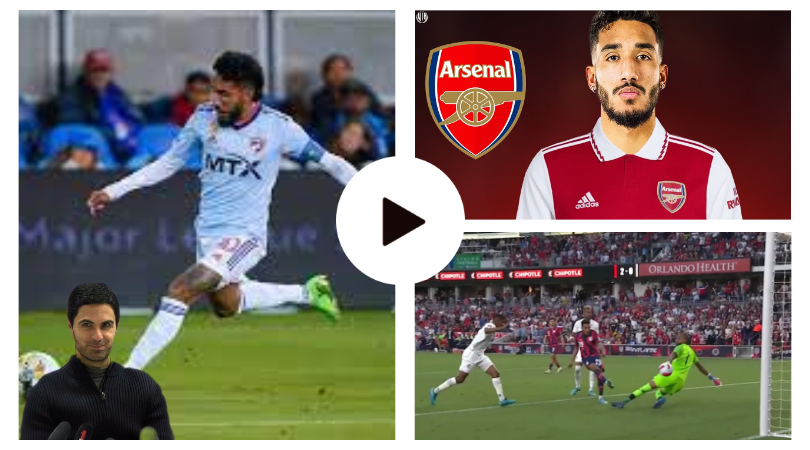 Arsenal are interested in Jesus Ferreira, and they will likely scout the striker in Qatar. USA international is one of the MLS stars the London giants are looking at as the Spanish manager seeks to add young talents to his squad. The Gunners are in the market for some widely-acclaimed talents, specifically with the MLS market on their minds.

While the Spanish manager is keen to bring a few established footballers to slot right into the squad, he also wants unpolished stars that could develop into huge assets. European teams have taken to American talents quite nicely recently, with many footballers from the US excelling in the continent.

Juventus, Borussia Dortmund, Chelsea, and Leeds United have benefitted from USMNT stars. Also, the Gunners boast Matt Turner, signed in the summer, but he has yet to show his talents at Arsenal properly.

Apart from USMNT internationals, the Gunners are also chasing Orlando City winger Facundo Torres, and a move could materialize in winter for the Colombian. They are now keen on signing Dallas star and 21-year-old World Cup-bound centre-forward Jesus Ferreira.

The American striker has proved his efficiency in front of goal this campaign for the MLS outfit. A tally of 18 goals from 38 games in all tournaments earned the forward a place in the World Cup squad bound for Qatar. While he did not play any part in the opener against Wales, Jesus could expect sufficient game time during the competition.