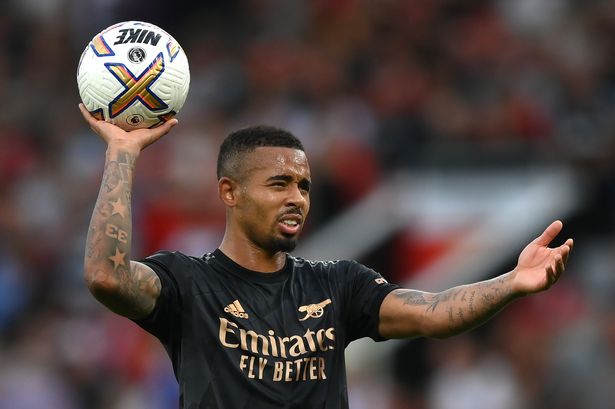 Brazil striker Gabriel Jesus has helped new club Arsenal climb to the top of the Premier League table, but missed out on his country’s latest international squad.

Arsenal striker Gabriel Jesus has admitted he can still improve after being left out of the most recent Brazil squad.

The former Manchester City man played in a number of World Cup qualifying games for the Selecao, and scored his 19th international goal in a friendly victory over South Korea in June. However, he failed to make Tite’s squad for the final break before Qatar 2022, with Premier League stars Roberto Firmino and Richarlison among those included ahead of him.

Jesus, who has 56 caps for his country, has top-scored for Arsenal with four goals this season. The £45m man still feels there’s more to come, though, and revealed he has spoken to his national team’s manager after the omission.

The 25-year-old was on target again on Sunday, scoring Arsenal’s second goal in their 3-0 victory over Brentford. After the game, he was asked about his international chances, with club teammates Gabriel Martinelli and Gabriel Magalhaes also missing out despite making the cut for the summer friendlies against South Korea and Japan.

“There was (contact), after the call-up, yes,” Gabriel Jesus told ESPN Brasil (via Sport Witness ). “I respect the coach’s decision a lot, I respect Tite, the entire staff.

“As I said, I’m Brazilian, I’ll always root for the team. And I also respect the other players, who have a lot of quality. I’ll keep doing my best to have the opportunity again.”

“What is in my control is my performance. I will always try to give my best, finish the plays,” the striker continued. “Today I had some chances that I could also improve a little more, I know. I’ve been training, trying to do my best.”

Gabriel Jesus was part of Brazil’s squad at the 2018 World Cup, starting all five of their games as they made it to the quarter-final stage. He was also involved as Tite’s team won the Copa America in 2019, scoring in both the semi-final and the final. 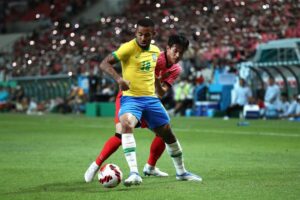 While last season saw the striker score just 13 times for Manchester City – his lowest full-season tally for the club – things have picked up since his big-money move to north London. He scored twice on his home debut against Leicester City in August, adding further goals against Aston Villa and Brentford, and also has three assists to his name in eight appearances for Mikel Arteta’s Arsenal side.

Brazil qualified for the World Cup top of the South American round-robin table, remaining unbeaten while conceding just five times in 17 games. They will take on Serbia, Switzerland and Cameroon in their World Cup group in Qatar, with their first group game taking place on November 24.