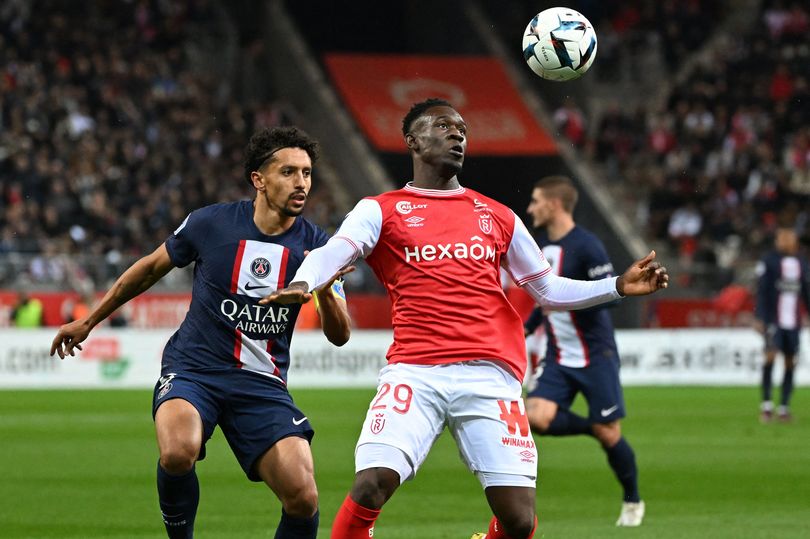 Having won nine of their opening 10 league games this season, it’s no surprise to see Arsenal very much in the limelight at the moment. However, a number of the club’s loanees are also enjoying an impressive start to the 2022/23 campaign with Folarin Balogun standing out, in particular.

After failing to make much of an impact on loan at Middlesbrough for the second half of last season, it was vital that Arsenal got Balogun’s next move right. Making the switch to Ligue 1 could be viewed as a risk considering we don’t see many young talents taking a similar path out of England. However, Reims appear to be the perfect fit for a player who has rediscovered his goalscoring prowess.

As it stands, Balogun has found the net six times in 11 league appearances, that’s one more than Lionel Messi (5) and two less than Kylian Mbappe (8). His performances haven’t gone unnoticed, with Arsenal legend Thierry Henry claiming that the youngster’s decision to head to France is paying off.

“I’m really happy for him because in general English players don’t go abroad,” Henry told Amazon Prime Video. “Normally players are loaned either to another Premier League side or in the Championship. He’s a very English-style player who likes to run down the channels but he was missing something, which was his finishing.

“He’s now starting to score goals regularly and I’m happy for that – happy he has gone abroad. It’s especially so considering he is a Londoner, in general Londoners struggle to leave London. When I heard he was coming to France, it made me think he has a refreshing mindset,” Henry added.

Balogun’s displays will no doubt draw plenty of attention as he looks to develop in what is arguably one of the most important seasons of his career yet, and the 21-year-old is keeping his options very much open.

Despite currently representing England at Under-21s level, Balogun has previously played for the US Under-18s. The New York City-born striker, who is eligible for the USMNT and Nigeria through family roots, recently told L’Equipe that he is willing to consider all three countries for his international career.

“Just like my future at club level, I am not closing any doors regarding international selection,” Balogun said. “All options remain open. Above everything, I feel English, but I also have an American side, because I have family in New York and I love going there. I have my grandmother and cousins in Lagos, even if I haven’t been there since I was very young. My mother sometimes speaks to me in Yoruba and it is important to me,” he added.

At Arsenal, Balogun faces tough competition from Gabriel Jesus and Eddie Nketiah, who both find themselves ahead in the pecking order under Mikel Arteta. Although gaining regular minutes in north London will be harder to come by, there’s no reason why he can’t get another chance with the first team if he continues his fine form for the remainder of this season.