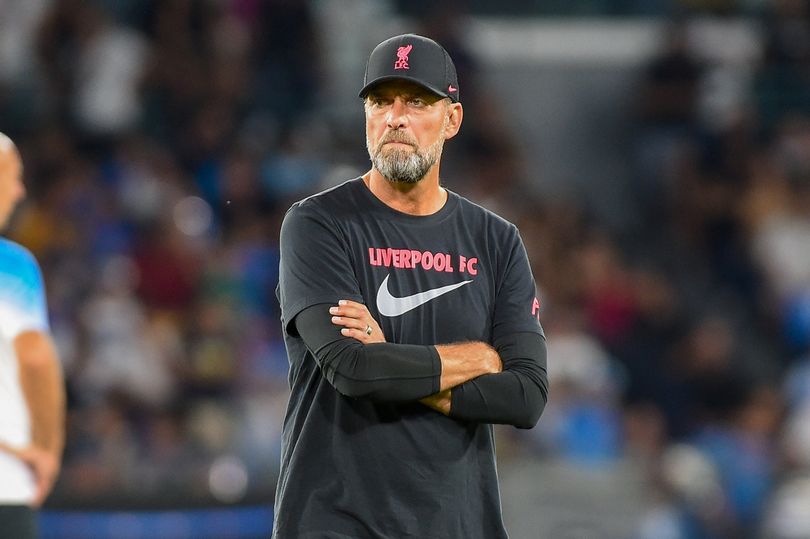 Jurgen Klopp could be without five players for the clash this weekend against Arsenal, with Liverpool set to be at a major disadvantage. The Gunners are set to welcome the Reds to the Emirates Stadium on Sunday, October 9, as they look to take advantage of their opposition’s growing injury list.

Mikel Arteta’s table-topping side have failed to beat Liverpool in each of their previous five attempts, with Klopp walking away victorious in both of the last two matchups. The Arsenal boss will undoubtedly be looking to set the record straight with the club currently enjoying some great form.

And, the Gunners have been handed a late boost as they look to extend their run as Premier League leaders. Arsenal are missing some key players of their own but, with a fifth player joining Andy Robertson on the doctors table, the north Londoners will heading into the bout with a skip in their step.

So, with that being said, football.london has taken a look at who the fifth absentee is and the other injury dilemmas Klopp is up against ahead of the clash with Arsenal.

Arthur has suffered a muscle injury and will miss the blockbuster clash, according to Klopp when speaking in the pre-match press conference. The 26-year-old, who joined Liverpool on loan late into the summer transfer window, was absent from the squad which faced Rangers midweek.

He’s started just once for Liverpool this season after Klopp gave him the nod against Rochdale in the EFL Trophy.

Robertson picked up a knee injury during Liverpool’s 4-1 defeat to Napoli in the Champions League. The 28-year-old is yet to have returned to action missing each of the Reds’ previous three Premier League fixtures.

Klopp will be hopeful that his star defender is fit to feature against the Gunners on Sunday, though there’s no real indication as to whether he’s ready. A start against league leaders Arsenal may be too much too soon but the great threat his possesses will be of huge concern to Arteta if he features in any capacity.

The German last provided an update on the Scotsman to the end of last month, claiming that the left-back shouldn’t be out for too long. The Liverpool boss said: “He’s doing really well. It looks really good, so he’s not out for long; already too long out, if you want, but now it was the international break so that helped in this case a little bit. He is already out on the pitch running, good sign. I don’t know if it will be next week or the week after, I don’t know.”

After picking up a long-term thigh injury in the FA Community Shield win over Manchester City back in the summer, Keita has failed to make a single appearance for Liverpool this season. The 27-year-old looks almost certain to not travel to north London, though stranger things have happened.

Providing an update on the midfielder’s injury in September, Klopp said: “No, I don’t expect him [Keita] to go on international duty. The expected return date is somewhere in October, that’s why we had to make the decision. With Ox it is the same and that’s why the two boys are not in the Champions League squad because of their expected return.”

Oxlade-Chamberlain, who has been plagued with injuries throughout his career, is out of action at the moment. The 29-year-old sustained a serious hamstring injury in Liverpool’s pre-season win over Crystal Palace in Singapore.

Like Keita, the former Arsenal midfielder is yet to feature for the Merseyside club this season. Speaking on Oxlade-Chamberlain’s absence, Klopp said: “With Oxlade it will take longer. It’s a serious hamstring injury and it will take longer. But it’s a hamstring, and we all hate this word, we hate the injury but anyway it happens from time to time and now Ox was the one.”

To pile on the misery in midfield for Liverpool, Jones also is yet to feature for the club this season due to injury. The 21-year-old was rushed back to training too quickly and triggered a previous injury of his to his tibia.

It’s said that his setback has stopped him from training and Liverpool are now not taking any more risks. A return date is unknown as it stands. Speaking in early September on the youngster, Klopp said: “When Curtis was out previously, he had a stress reaction in a bone around the tibia. It was absolutely fine, but he trained twice and then felt it again. It’s not as bad as the first time but bad enough to [stop him] training. We have to be careful.”