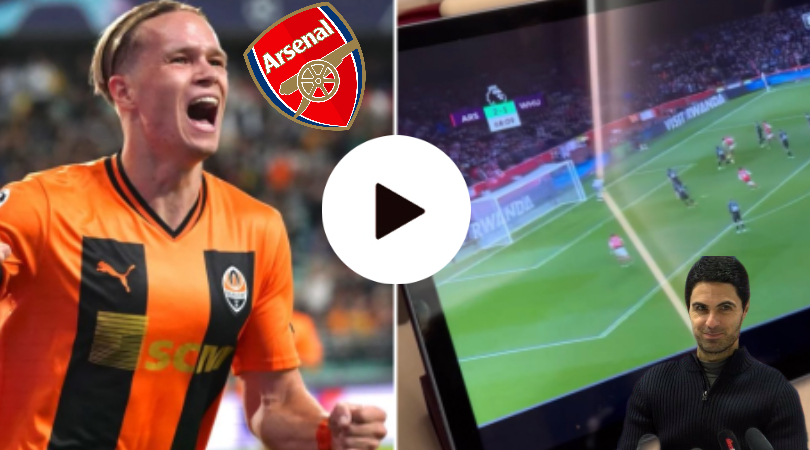 Mikel Arteta has reached by playing down the significance of Arsenal transfer target Mykhailo Mudryk using his Instagram account to share the footage of Eddie Nketiah’s game-clinching goal in a 3-1 win.

The act suggests that he is following the club and has keen interest in the possible move as it is reported that the Gunners have submitted an official bid for him.

The act by the 21-year-old could also suggest that he is on his way but Mikel Arteta has refused to see things in that direction.

He said: ‘The good thing is that in England you don’t have many other matches in other countries. We are the only ones playing through Christmas so hopefully a lot people have watched our game and we give them a good show.’

Asked for a response to speculation that Arsenal have launched a €40 million opening offer, Arteta added: ‘You know I never speak about players that are not with us and I know in this transfer market you have to ask me the question.

Meanwhile Mudryk is expected to face competition from Gabriel Martinelli and Bukayo Saka who both produced sparking performances against the Hammers.

‘They have earned the right,’ said Arteta of his current first choice wingers. ‘It is not something we have given, they have earned that right to be part of us and be really, really important in the team and in the squad and hopefully we will have more.’