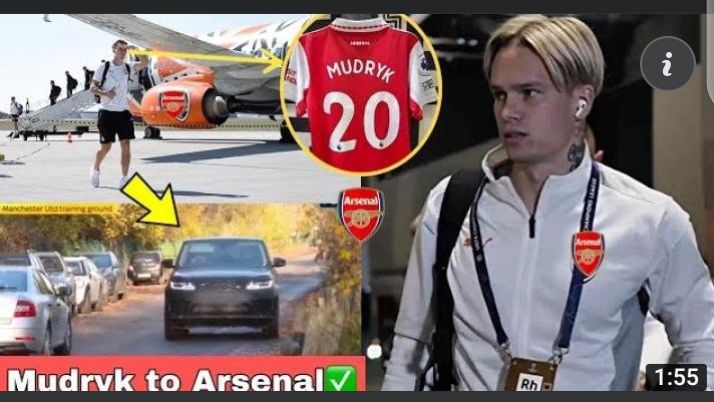 Mykhailo Mudryk is hoping Shakhtar Donetsk will accept Arsenal’s latest offer after the Gunners submitted a new bid for the winger.

The 21-year-old is Arsenal’s top target for the January window but the Premier League leaders have yet to reach an agreement with Shakhtar.

Arsenal have had two offers rejected so far, while Shakhtar are holding out for a transfer fee of around £85m.

Arsenal have now submitted a third bid which represents an improvement on their previous offers, with reports claiming that the Gunners are proposing £62m plus add-ons, which takes the deal closer to £70m.

It’s understood that Mudryk has already agreed a five-year contract with Arsenal, meaning that he is just waiting on the Gunners to agree a fee with Shakhtar.

And after reports emerged of Arsenal’s new offer on Thursday evening, Mudryk made it clear what he would like to happen next as he posted a praying hands emoji to his Instagram followers. Earlier on Thursday, Mudryk also uploaded a picture to Instagram which showed a video of him wearing Arsenal’s kit during a photoshoot.

Chelsea have also expressed an interest in signing Mudryk but Arsenal’s rivals are not willing to submit an offer close to Shakhtar’s valuation.

The Ukrainian side have used Manchester United’s £85m deal for Antony last summer as a benchmark for their asking price for Mudryk.

In December, Mudryk spoke to Vlada Sedan – the wife of Arsenal and Ukraine defender Oleksandr Zinchenko – about the interest from the Gunners and said: ‘One surprise for me was how many Arsenal fans followed me.

‘No other club’s fans have interacted as much as them. Telling me that they are waiting for me, saying, “Come to us”. One of my recent posts has over 500 comments saying that.’

BREAKING: One big exit from Arsenal that could still happen