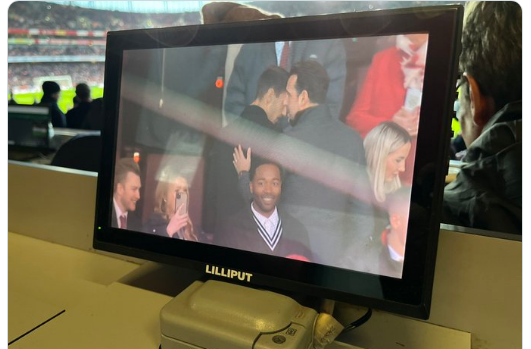 The Gunners have moved fast to strengthen their title-chasing squad following disappointment in their chase of Mykalo Mudryk.

Cameras in the stadium captured 22-year-old Kiwior watching on at The Emirates as the Gunners sealed a 3-2 win against Manchester United.

Kiwior is a left-footed central defender but also has a history of playing in defensive midfield and also as a left-back.

Cameras showing Jakub Kiwior in the directors box. He gets a pat on the back from Edu. pic.twitter.com/ELPWNn0wHB

Kiwior will predominantly provide cover for Gabriel in defence, whilst also having to ability to cover for Thomas Partey in case of an injury. These are two vital areas of the squad that needed reinforcement.

The fee for Kiwior is expected to be around £20million and he will sign a long-term contract of five and a half years.

With the resumption of the Europa League on the horizon and two games a week set to become the norm, it is hugely beneficial that Arsenal now have an alternative to Gabriel to play left-centre back.

Kiwior is known for his ability on the ball, but he’s also very strong defensively. Standing at 6ft 2′, he makes a lot of blocks, clearances and interceptions per game. He’s also strong in his aerial duels, winning 56.3% of them (in the last 365 days).