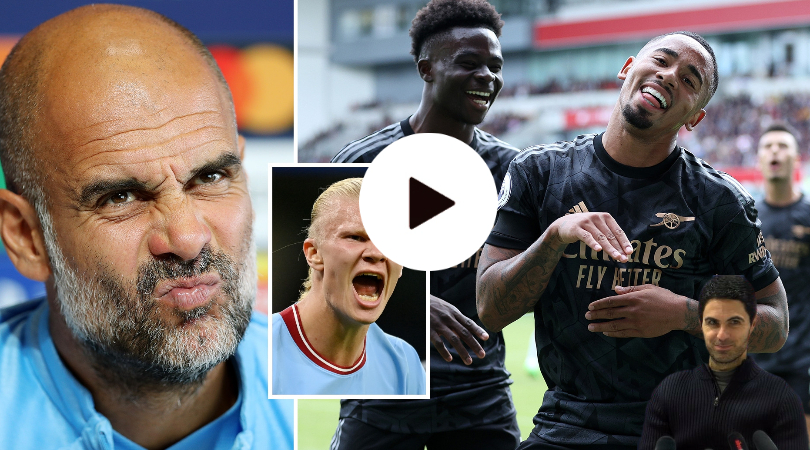 Arsenal currently lead the race for the Premier League title, with Manchester City striker Erling Haaland sending a message to the Gunners

Manchester City striker Erling Haaland has warned Arsenal that they are being “hunted” in the race for this season’s Premier League title. It comes as the top of the table clash intensifies on the league’s return from the World Cup break and heading into a hectic new year schedule.

The Gunners went into the six-weeks off leading the rest of the division, but there were plenty of questions over whether they could recapture that form again. Their first task was to overcome fellow London club West Ham and despite going a goal down in the first-half, they fought back to win 3-1.

It only extended Arsenal’s run at the summit of the league, with plenty more games to come before they can think about properly lifting the title again. “Really happy with the performance first of all and then the result,” manager Mikel Arteta said after the game.

“The context of the game was that they were a goal up after a very single situation that they had attacking an open space where the ref decided to award a pen and then straight you saw the reaction of this crowd generating the belief and giving a lot of energy to the team. I think the team showed great composure. They showed real quality but also a lot of clarity to understand what the game demanded and they executed it really well.”

It put the question back onto Manchester City as to whether they were able to respond in the battle for the title this season. Unfortunately for Arteta, they were able to do so against Leeds United, despite his former employers having a tough time of it in the first-half.

It was yet another game that saw Erling Haaland score, with the forward scoring 20 goals already so far this season. If that wasn’t scary enough, the Norwegian hitman had a pointed message to Arsenal, with the two sides clashing in their rearranged fixture in just a few weeks time.

It shows the demand for the Gunners in attempting to win the title this season, having to compete at the top level almost every single week of the campaign.

Romano reveals Arsenal linked to ‘many names’, speaks on one midfielder