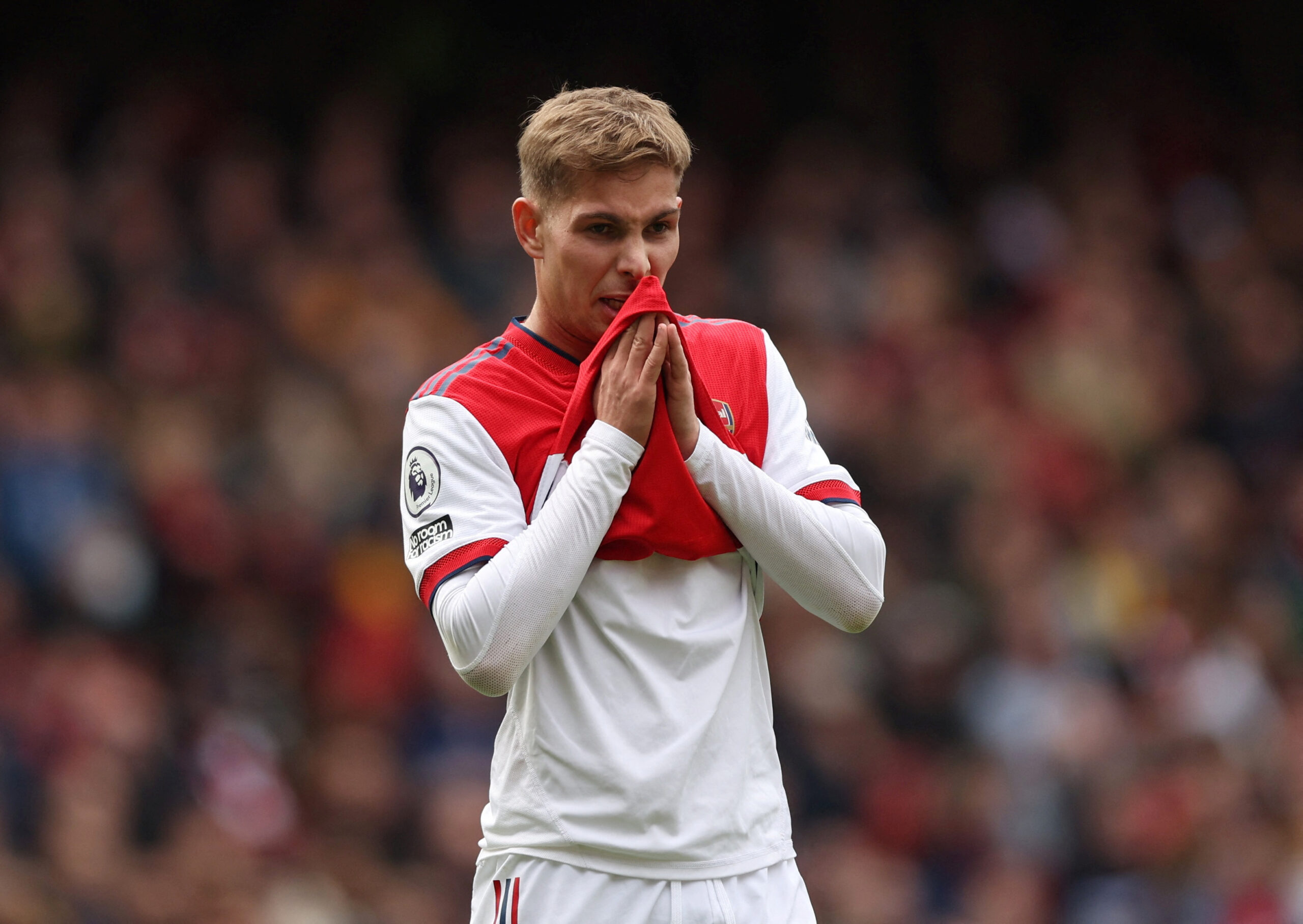 Gareth Southgate has explained his somewhat surprising decision to select Conor Gallagher in England’s World Cup squad, while he suggested Emile Smith Rowe would have been in contention but for injury.

The England boss named his 26-man list for the upcoming tournament in Qatar on Thursday and Gallagher was one of several surprising selections.

An excellent loan spell at Crystal Palace saw the 22-year-old handed his debut in November of last year and he was also involved in the summer, but reduced game time back at parent club Chelsea this season saw him lose his England place in September’s internationals.

Southgate was delighted with how he responded playing for the Under-21 side, however, and feels his all-action, high-energy style is something completely different from England’s other midfielders.

Asked why he picked Gallagher, Southgate explained: ‘He’s fantastic at pressing the ball and I think there are going to be moments in these games where we need certain attributes and there are any number of players in this squad with different attributes to be able to utilise at those moments.

‘And we feel he could be that sort of a player. So he’s not as experienced with us as some of the others, but he has an impact in games, he’s got a goal threat.

England boss Gareth Southgate explains Conor Gallagher World Cup selection
Gallagher has just four senior caps for England (Picture: Getty)
‘When you talk about midfield players you look at: do they stop goals? Do they create goals? Do they score goals? He does a little bit of all of that, actually.

‘We were really pleased with the way he responded to being left out of our squad [in September], he went with the Under-21s, performed really well, his mentality was excellent.

‘And it’s a great example that if you approach it in that way, there’s always a route back with us and he’s managed to achieve that straight away.’

There were a number of high-profile players who missed out on a place in the squad, including Tammy Abraham, Ivan Toney, James Ward-Prowse and injured Chelsea duo Reece James and Ben Chilwell.