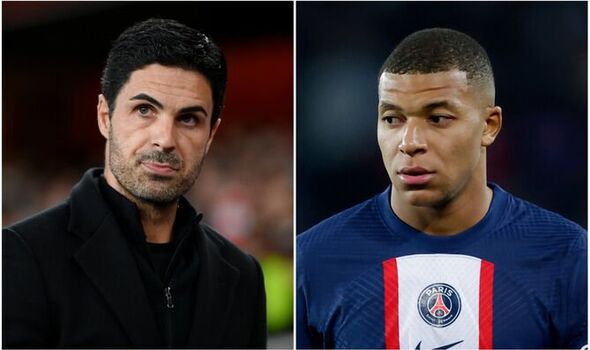 Gabriel Martinelli, who will see his contract come to an end in 2024, dropped a huge hint on his future with the suggestion he is ready to begin negotiations and is waiting for Arsenal to start formal talks.

However, the Brazilian forward could be tempted by a lucrative move elsewhere following a report by CalcioMercato that reveals French giants Paris Saint-Germain are interested in Martinelli.

The report also includes that PSG, who employ several of the best attackers in the world, including Lionel Messi, Kylian Mbappe and Neymar, will consider paying up to €60million (£51.8m) for Martinelli, who joined the club for £6million in 2019.

While PSG do currently have the services of Messi, Mbappe and Neymar, the future surrounding the trio is unclear. Messi’s contract expires in the summer and interest in acquiring the services of arguably the greatest footballer of the last decade is understandably high with Inter Miami in talks.

Mbappe recently signed a new deal with the Parisians but there still seems to be some unrest regarding his state of mind at PSG and with his current employers eyeing up a possible deal for Martinelli, Edu could mark his new role with the transfer deal of the decade by bringing Mbappe to north London as Arteta continues to build an exciting, young and hungry squad.

Bennacer boost ahead of contract stall

Arsenal’s pursuit of a new central midfielder could be set to receive a huge boost after reports in Algeria have claimed Ismael Bennacer will not extend his contract at AC Milan in 2024. The former Gunners midfielder has previously been linked with a move back to the Emirates Stadium but they face competition.

Bennacer, 24, has spent the previous three-and-a-half seasons with Milan after making the switch from Empoli in 2019 and has made 126 appearances. The Algerian midfielder played a starring role in I Rossoneri securing their 19th Italian championship title last campaign and has attracted interest from across Europe.

However, his contract at the San Siro expires at the end of next season and there have been concerns within the Italian giants regarding where he’ll be playing football in the future. However, reports this week have suggested he won’t extend his deal in Italy past 2024.

According to Algerie Football Media on Twitter, Bennacer has decided not to extend his current contract in Italy, opening the door for the Gunners to swoop in. Mikel Arteta’s side join Chelsea and Liverpool as the three clubs interested and could snatch Bennacer on a lowered transfer fee.

Cody Gakpo has been urged to follow his heart when coming to a decision regarding his future as talk intensifies ahead of the upcoming January transfer window. The PSV Eindhoven forward has been strongly linked with a move to the Premier League in the past and is tipped to make the move this winter.

As we approach the highly-anticipated January transfer window, Gakpo faces a ginormous decision to make regarding his future. It’s expected that interested parties will consider making a serious move for the attacker with football.london understanding that Mikel Arteta is prioritising a new winger and centre midfielder.

One player that has experience in being a young player moving to the Premier League is former Liverpool man Ryan Babel. The Dutchman joined the Reds in 2007 from Ajax and quickly adapted to English football, making over 140 appearances for the Reds. Speaking to The Athletic, Babel explained the differences between the two environments, adapting to the quality and making the correct one.