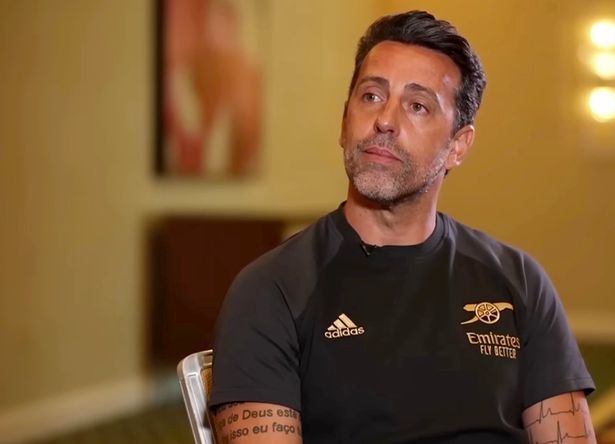 Arsenal are in contact with the agents of Mykhaylo Mudryk ahead of a potential move in the January transfer window.

That’s according to Fabrizio Romano, with the Italian transfer insider confirming in a recent interview with GIVEMESPORT that, following continuous reports linking Mikel Arteta’s side with a move for the Shakhtar Donetsk winger this winter, Edu is indeed in contact with the 21-year-old’s representatives regarding a potential swoop for the forward.

“It’s not going to be easy, but Arsenal are still interested in Mudryk. They have contacts with his agents, so it could be an interesting opportunity for them.”

ALSO READ:  “He Is Worth €20Million”, Arsenal Is Set To Sign This Player As A Back-Up Of Bukayo Saka In The January Transfer Window

Considering just how exciting a talent Mudryk clearly is, Romano’s claim that the 21-year-old could be an “interesting opportunity” for the Premier League side would seem like something of an understatement, as the winger would undoubtedly be an unreal signing for Arsenal to get over the line in January.

Indeed, the £13m-rated talent has burst onto the European football scene in 2022/23, having already scored five goals and registered six assists over his ten Premier Liga appearances – averaging a direct goal involvement every 67 minutes of football played – as well as starring during Shakhtar’s Champions League campaign.

In the Ukrainian side’s first outing in the competition this season – an unexpected 4-2 win over RB Leipzig – the 21-year-old stole the show, scoring one goal and registering two assists, as well as making two key passes, completing two of his three attempted dribbles and creating one big chance – with these metrics seeing the winger earn an incredible SofaScore match rating of 8.0.

This performance saw the attacker draw a considerable amount of praise, with Jack Collins stating after the game that Mudryk is both “absolutely unreal” and “almost undefendable“, while Sam Tighe dubbed the youngster a Jack “Grealish regen“.

The eight-cap star followed this up with a goal in both the home and away tie with Celtic, while also turning in an extremely impressive performance despite a 2-1 defeat at the hands of reigning champions Real Madrid.