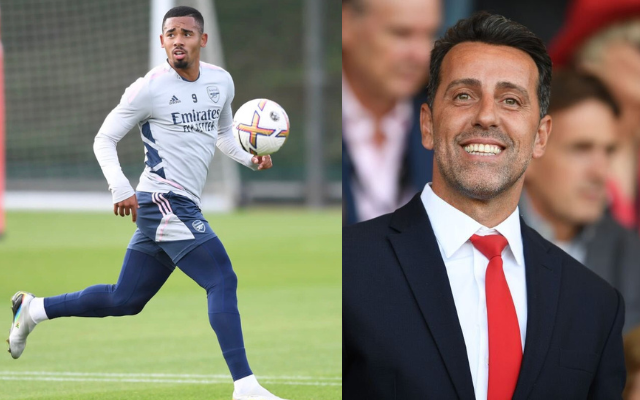 Arsenal’s technical director Edu Gaspar has signed players from his home country of Brazil in the past. He could try to do that again.

Gabriel Martinelli, Gabriel Magalhaes, Gabriel Jesus, and Marquinhos are all Brazilian players that Edu signed for the Gunners in the last three years. This helped Mikel Arteta build a team with a strong Brazilian core. Gilberto Silva, who used to be the captain of Arsenal, has praised Martinelli and Edu in the past. He did this to show that his old team did things right both on and off the field.

Will Edu get Endrick?

Endrick Felipe, a young player for Palmeiras, has been called “Brazil’s next Neymar.” He has been linked with big-money moves to both Arsenal and Chelsea. Jesus has been very happy with Endrick’s progress, calling the teenager “a phenomenon.” It is thought that Palmeiras has put a £50 million price tag on their most valuable player.

Former Palmeiras striker Jesus, who joined Arsenal this summer for $45 million, talked to ESPN about Endrick’s talent, saying, “Endrick is someone I’ve been watching a lot. When I was getting back to training at the Academy after getting hurt, Zé Roberto put us in touch. 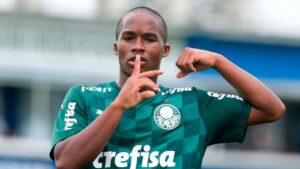 Then I saw him out on the field… Wow, he’s so famous! A strange thing! Isn’t he 16 now? I was in the floodplain for 15 years, but he is a professional.”

Football.london said earlier this year that Endrick’s advisor, Frederico Pena, is the CEO of TFM, who is the same agent that works with Arsenal star Martinelli. This could give the Gunners a big advantage if they try to make a deal for the talented teen. Edu has already done business with him.

ALSO READ:  Arsenal ‘are very confident’ on signing of impressive midfielder in January

With the signing of Jesus, Arsenal’s technical director showed that he is willing to work hard to get a deal done and can convince players to move to the Emirates Stadium and help the project as a whole.

Arsenal will have a hard time in the transfer

Gilberto said: “We know how important it is in football to know a lot of people, clubs, sports directors, and club presidents. This is how things get done. But it is hard to get the best players from the best leagues because there is a lot of competition.

Palmeiras is going to get a lot of calls from the best clubs in the world trying to get him to play for them. The player is having a hard time, to be honest.

Sometimes there are a lot of messages and a lot of chances. It can be hard to decide what to do. It’s important that the people around him and his family give him good advice so that they can make the right choice. If Arsenal were to get the player at some point, they would be getting a very good player.”

Endrick made his professional debut for Palmeiras earlier this month. He is the club’s youngest player ever and has already scored five goals in four games for Brazil’s under-16 team. Edu will be hoping to bring the “next Neymar” to the Emirates Stadium. He continues to reshape and improve Mikel Arteta’s team from behind the scenes.