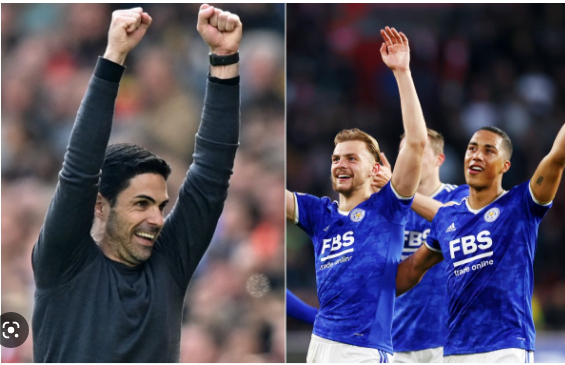 Arsenal have been heavily linked with a move for Leicester City midfielder Youri Tielemans. The Belgian international is in Qatar with his national side ahead of the World Cup and will be hoping his appearances will draw interest ahead of his future exit from the Foxes.

Despite the desire of Leicester and Brendan Rodgers to keep Tielemans, the 25-year-old has no intention of renewing his contract as he aims for a club battling for the elite honours. Arsenal have maintained a watchful eye on Tielemans dating as far back as last January but have not pushed hard to bring him in yet.

Gunners247 understood in the summer that then technical director Edu was prepared to wait until 2023 when the Belgian’s deal expires to sign him on a free transfer. This will potentially change only if another side makes a move, prompting Arsenal to respond.

It appears that Tielemans and the now Arsenal sporting director have aligned their feelings on a potential summer move. Transfer journalist Fabrizio Romano has come out and spoken about Tieleman’s plan for his future departure.

“The priority for Youri Tielemans is to find a new club on free transfer, there are still no changes on this,” he told Caught Offside. “I think Arsenal had a big chance to sign him last summer, but they decided to proceed with different strategy.”

With both having the same view on the plan for the summer, the chances of a potential Arsenal switch are of course much higher. However, the obvious question that follows is what about the necessities for this January transfer window.

Arsenal certainly need reinforcement in the middle third with both Thomas Partey and Granit Xhaka both operating at a significantly higher standard than the alternative options. Mohamed Elneny and Albert Sambi Lokonga have offered depth, but the noticeable drop would be a problem were either starter out for an extended period.

Gunners247 understands that Danilo is a player who the club could return for this January after holding an interest in the summer. After Douglas Luiz signed a new deal at Aston Villa that looks unlikely.

The other linked player is Ibrahima Bamba. The Mirror claim that Arsenal are keen on the 20-year-old midfielder from Vitoria Guimaraes in Portugal although again this is yet another young player with potential rather than a profile like Tielemans who would provide a more immediate impact.

The bottom line is for Arsenal to have a serious crack at the Premier League title, the midfield needs to be addressed. Furthermore, the forward line is also in need of back up and having more goals is an absolute necessity; hopefully, Edu and Mikel Arteta can pull off a successful winter window.