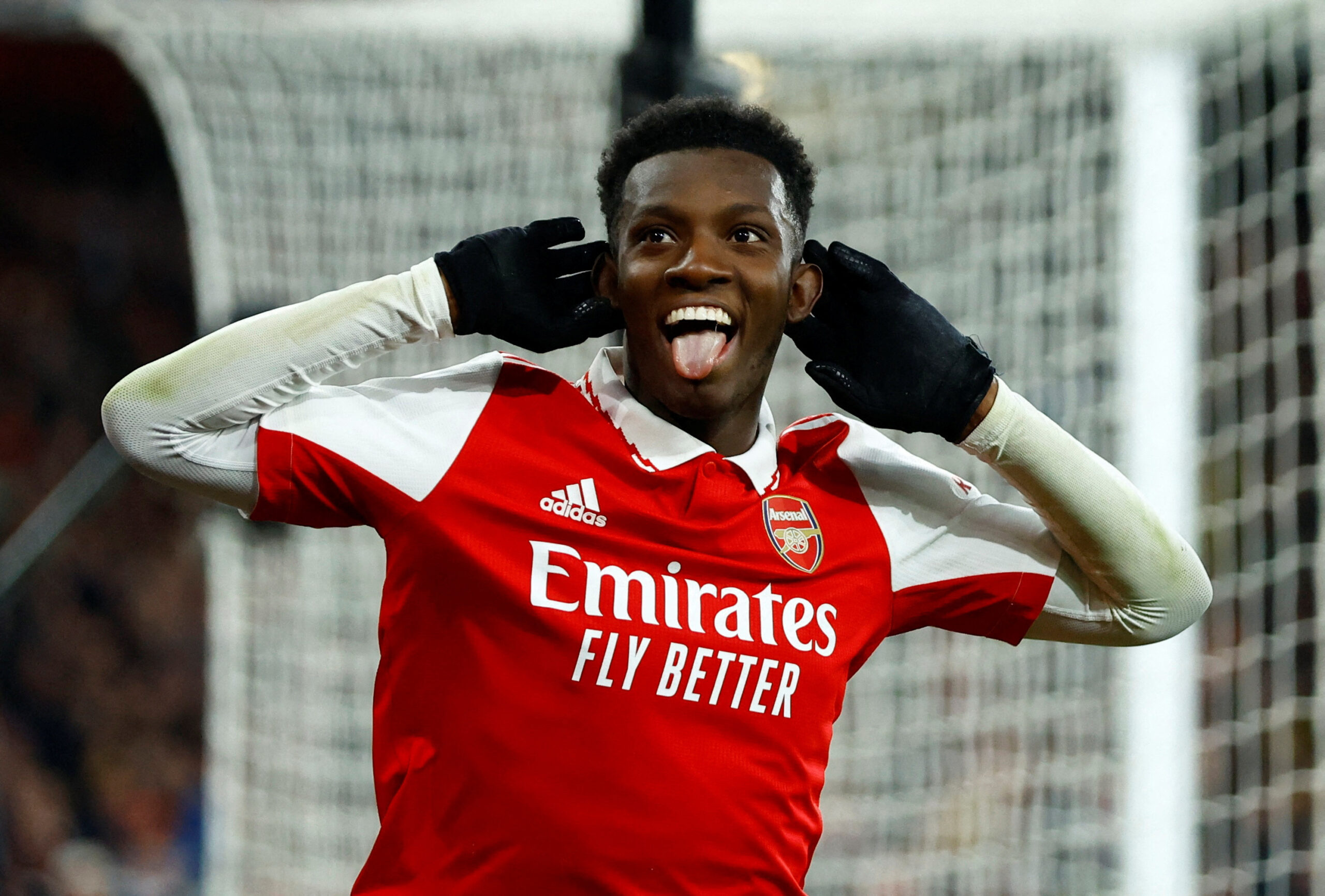 Arsenal fans were full of praise for Eddie Nketiah as the striker came up with a huge goal late in the game to beat rivals Manchester United. It came after a hectic clash between the two sides, where plenty of quality was on display as proceedings ended 3-2 at the Emirates Stadium.

According to The Guardian, West Ham United midfielder Declan Rice favours a move to Arsenal over London rivals Chelsea because of the prospect of playing for Gunners boss Mikel Arteta.

Arteta is said to have made Rice his primary target for the summer transfer window, with the England international seen as the perfect candidate to challenge first-choice no.6 Thomas Partey and box-to-box maestro Granit Xhaka.

The idea of working under Arteta’s tutelage appeals to the player, who is likely to cost upwards of £80 million.

Arsenal are close to announcing their second signing of the January transfer window in the form of Spazia centre-back Jakub Kiwior.

Kiwior, who will provide competition for left-footed centre-back Gabriel Magalhaes, can also be utilised as a left-back as well as a holding midfielder, featuring 18 times in the middle of the park for Spezia last term. Now, the player’s agent has spoken about how negotiations with the north Londoners went, claiming that Mikel Arteta spoke to his client before the turn of the year.

“Just before New Year, he had a phone conversation with Mikel Arteta discussing many details… he was enchanted”, he said, via transfer guru Fabrizio Romano.

“Jakub will sign on Monday/Tuesday for Arsenal — he will be in VIP Box for the game vs (Manchester) United.”

VIDEO: Bukayo Saka With A Magnificent Rocket – Goal of the Season Contender