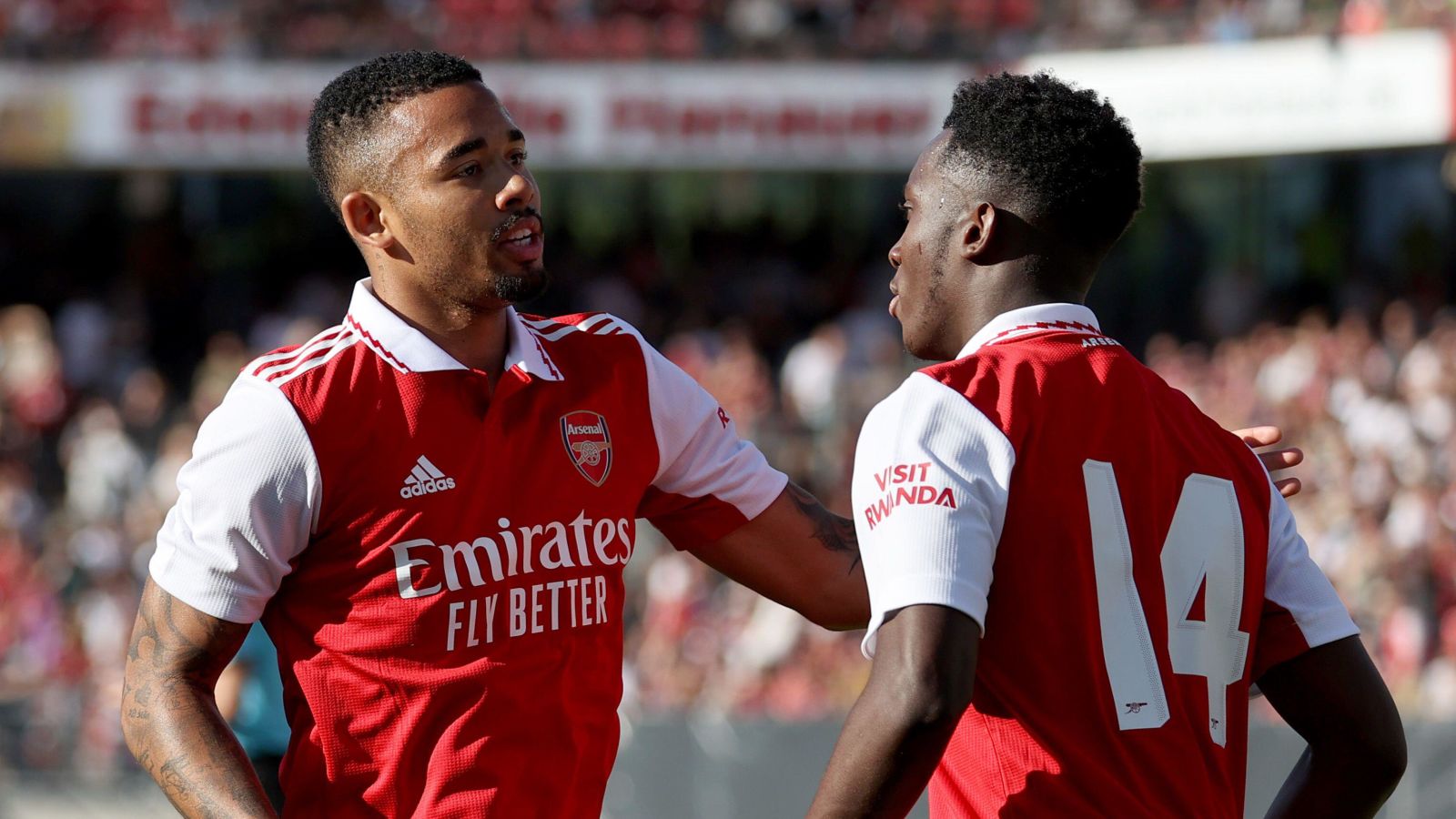 Eddie Nketiah admits he is frustrated by a lack of game time after committing his future to Arsenal, but the striker remains hopeful he can force his way into the first team.

Nketiah was days away from leaving Arsenal before signing a new five-year deal back in June.

Following the signing of Gabriel Jesus, however, he has started only one match — against Zurich in the Europa League.

Nketiah is set to lead the line for Thursday’s visit of Bodo/Glimt but the 23-year-old conceded that he is not happy with his lot.

When asked if he is frustrated that he is yet to start a Premier League game this season, Nketiah said: ‘Yes, everyone wants to play football.

The coach has a tough decision and it is up to me to keep working when I get the opportunity, on the field or in training, to show why I should be playing.

‘I am confident that as the season goes on, I will get opportunities and it is up to me to take them. I will keep pushing to show I deserve more minutes — complaining never really gets you anywhere.’