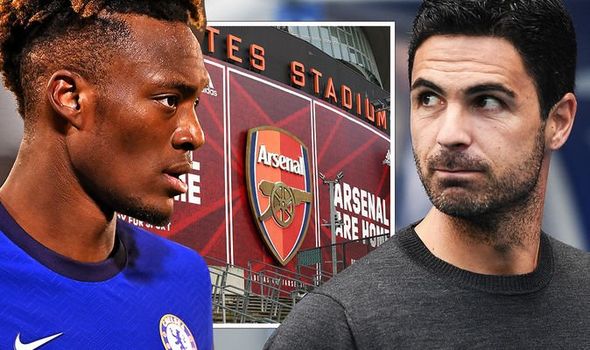 La Repubblica, via RomaPress, had claimed that Arsenal alongside Manchester United still interested in the signature of AS Roma centre-forward Tammy Abraham.

The former Chelsea star has enjoyed a stellar 2021/22 campaign with the Serie A giants, bagging 27 goals across all competitions as Roma won the inaugural edition of the UEFA European Conference League.

He is now tipped to make a good replacement for Gabriel Jesus who is injured so as to press on for the season’s title challenge.

Meanwhile, Abraham’s old comments also suggest that a return to England to join Arsenal won’t be an issue for him if the right bid is submitted and the Serie A outfit is willing to sell.

Speaking about his childhood to Eurosport in 2017, he said: “To be honest I was an Arsenal fan.

“Someone I looked up to was Thierry Henry. His variations of finishing, his movement, the way he dribbles.

“Someone like that has a key impact on me. I would love to be as big as him and maybe even better.”