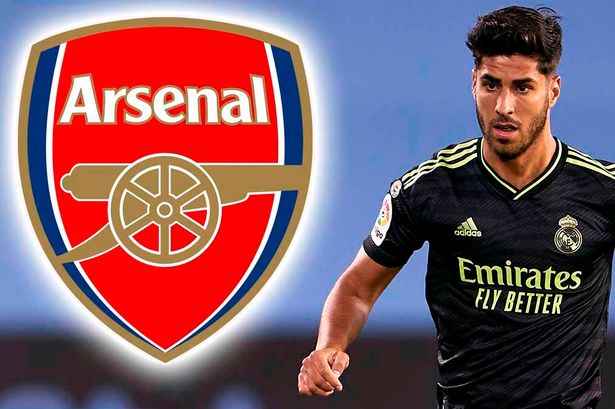 Although Mikel Arteta and Arsenal have been working nonstop to find a winger, no agreement has been reached as of yet. As an alternative to Pedro Neto of Wolves, Real Madrid winger Marco Asensio has been mentioned in connection with the Arsenal during the last 48 hours.

Arsenal supporters may have to wait until the last day of the transfer window before Arteta is able to complete a deal for a new winger following the departure of Nicolas Pepe.

Italian journalist Fabrizio Romano has now provided an update on Asensio, with the winger’s future at Real Madrid looking rather uncertain.

“Marco Asensio has been offered to many important English clubs by his agent over the past two weeks, including Arsenal and ManUtd”, Fabrizio revealed in an exclusive interview with wettfreunde.

“Right now he is not the priority for ManUtd. He was one of the options in case the Antony deal didn’t go through. But now it’s almost done, so that’s not the case. And I don’t see them signing another winger at this point.”

“For Arsenal there are no direct negotiations with Real Madrid but the relationship with Jorge Mendes is always very good so it could be a last-minute idea. But at the moment it is no negotiations.

“Certainly Marco Asensio is looking for an opportunity and by deadline day he will try to find a good opportunity because he wants to play. He wants regular playing time. But if he doesn’t play, he will stay at Real Madrid and then have a great chance to go on a free transfer next summer.”

“So his agent may be working on a free transfer for next summer if nothing happens this week.”

THE VERDICT: A DEAL COULD HAPPEN

Arsenal is the front-runner to sign Marco Asensio since Manchester United will likely sign Anthony from Ajax, making a move for the Spanish attacker unlikely.

Asensio, who is in his last year at Madrid, may decide to move to England this summer if Arsenal makes the proper proposal. Although he no longer has a place in Madrid, at only 26 years old, testing out in a fresh setting won’t be detrimental.

However, if he chooses to join, he will still have some competition on the right flank from Bukayo Saka, but his expertise might be helpful in upcoming games this season.