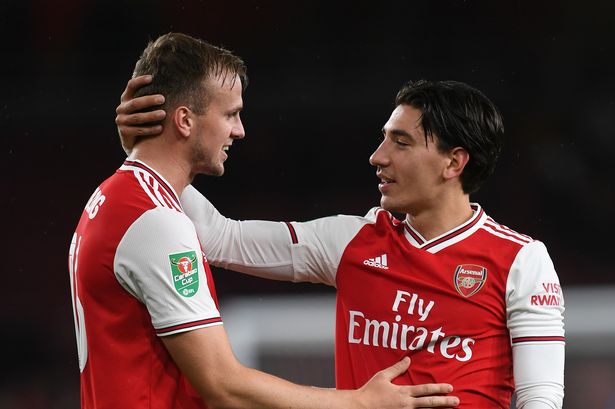 After joining the Gunners in 2011 from Barca’s development systems, the 27-year-old went on to graduate from the Arsenal academy and establish himself as a fixture in the first-team lineup.

Bellerin, who was a member of the PFA Team of the Year for the 2015–16 campaign and three-time FA Cup champion with Arsenal, eventually lost favor under Mikel Arteta.

He spent the season on loan with Real Betis, where he appeared in 23 LaLiga games and assisted Manuel Pellegrini’s squad in winning the Copa del Rey.

Sassuolo wanted to bring Bellerin to Italy, while Betis wanted to permanently sign him but were unable to do so because of his pay demands.

Bellerin adds to what has been a busy transfer period for Xavi at Barcelona, who have signed the likes of Robert Lewandowski, Jules Kounde and Raphinha, with Chelsea full-back Marcos Alonso also on the way.

Arteta told Arsenal’s official website: “We say goodbye to Hector and we thank him so much for his loyalty and commitment to Arsenal Football Club. During his 11 years with Arsenal, Hector won three FA Cups and made nearly 250 appearances – such a huge contribution to the club.

“I’m privileged to have played in the same squad as Hector for three seasons, wearing the Arsenal shirt and sharing many great moments on and off the football pitch together. We thank you Hector and wish you and your family all the best for your return to Barcelona.”

The Main Reason Why Douglas Luiz Transfer To Arsenal Collapsed