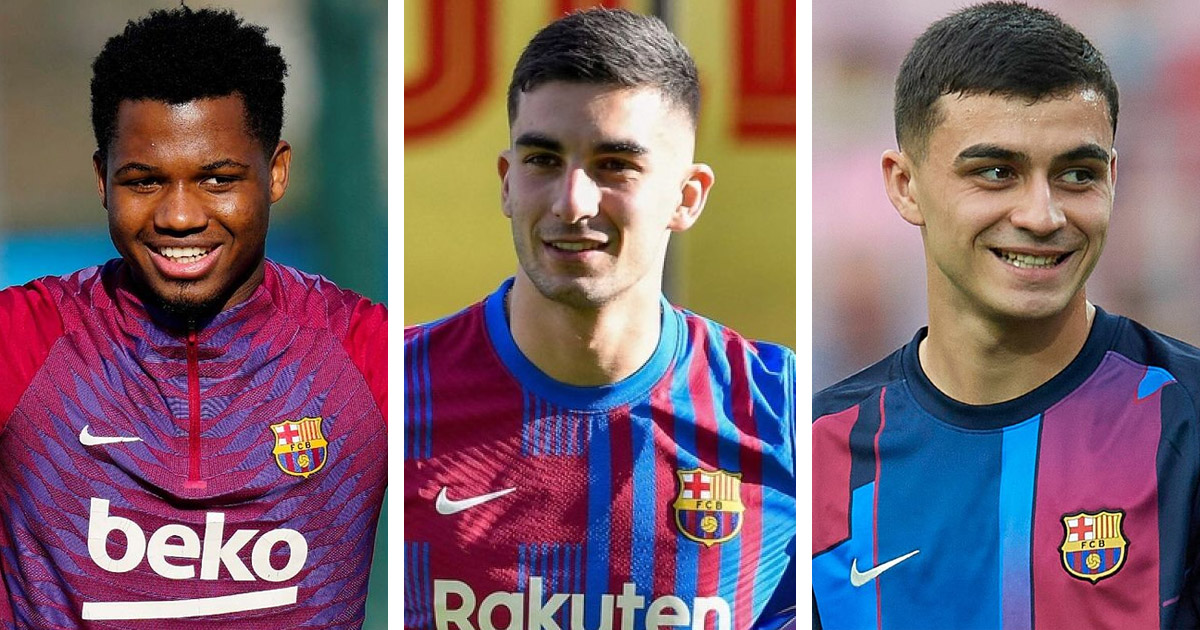 La Liga leaders Barcelona are reportedly prepared to entertain offers for attacking trio Raphinha, Ansu Fati and Ferran Torres. The Catalan giants’ financial problems have been well-documented for some time, but they still managed to spend around £150m on new signings in the summer transfer window.

Brazilian winger Raphinha was one of Xavi’s statement signings, with the 26-year-old arriving from Leeds United for around £55m, while Robert Lewandowski and Jules Kounde also joined the club in big-money deal.

Raphinha has started 12 of his 21 appearances for Barca across all competitions so far this season, scoring three goals and providing five assists, but he has struggled to cement his place as a regular under Xavi.

Fati and Torres have also failed to gain regular first-team minutes under Xavi this term, with both players starting only seven times in all tournaments.

Fati, who was given the iconic No.10 shirt following the departure of Lionel Messi, joined Barca’s academy in 2012 before making his senior debut in 2019, and the 20-year-old has since recorded 23 goals and nine assists in 81 games for Catalan club.

Torres, meanwhile, arrived at Camp Nou from Manchester City for around £49m in January last year and the 22-year-old has since contributed with 12 goals and seven assists in 47 matches across all competitions.

According to El Chiringuito journalist Jose Alvarez, via The Sun, Barcelona have not been impressed with the performances of the attacking trio and they are prepared to cash in on all three players as they look to balance the books.

Alvarez adds that Lewandowski and Ousmane Dembele are considered the club’s only “untouchables” players in the next two transfer windows.

Torres has recently attracted interest from North London duo Arsenal and Tottenham Hotspur, but the Spain international has expressed his desire to stay put at Barca.

Raphinha was strongly linked with Chelsea and Arsenal before joining Barca in the summer, and Forbes claims that the La Liga leaders are aware they could recoup the majority of the fee they invested in the Brazilian by selling him to a Premier League club.

Meanwhile, both a loan and permanent switch has been mooted for Fati, with Man City, Manchester United and Juventus all said to be keeping tabs on his situation.

Both Fati and Raphinha are in contention to play for Barcelona when they take on Real Betis at the King Fahd International Stadium in Saudi Arabia for their Spanish Super Cup semi-final clash on Thursday, but Torres will not be involved as he is suspended.