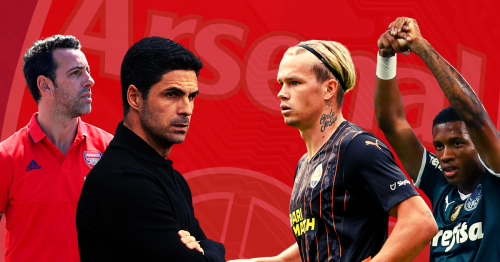 Arsenal are reportedly ready to accelerate their pursuits of midfield pairing Youri Tielemans and Danilo in the January transfer window.

The Gunners were widely expected to add to their central midfield ranks in the summer, despite tying Mohamed Elneny down to a new one-year contract.

Leicester City’s Tielemans was thought to have been a prime target for Mikel Arteta, with the Belgium international due to become a free agent at the end of the season.

However, Arsenal ended the transfer window without a new midfielder to their name, barring the versatile Fabio Vieira, who has occupied a more advanced role this term.

Elneny has recovered from a hamstring injury to compete with Thomas Partey, Granit Xhaka and Albert Sambi Lokonga in the middle, but the latter’s long-term future is now being called into question.

As a result, Arsenal are expected to prioritise a new face in the engine room next year, and 90min claims that interest in Tielemans and Danilo will soon be firmed up.

Tielemans has supposedly informed Leicester that he will not be extending his contract, and the Foxes now risk losing him on a free transfer unless they entertain offers in January.

Arsenal are said to be confident of fending off competition from other clubs to bring Tielemans to North London, with the 25-year-old set to leave Leicester after initially joining on loan from Monaco in 2019.

The Belgian has come up with 27 goals and 25 assists in 174 games for Brendan Rodgers’s side in that time, including the winner in the 2020-21 FA Cup final against Chelsea.

Meanwhile, 21-year-old Palmeiras midfielder Danilo has attracted interest from across Europe after nailing down a regular first-team role for the Brazilian champions.

Danilo has made 57 appearances for Palmeiras in the 2022 season, scoring seven goals and setting up four more, but he extended his deal until 2026 back in February.