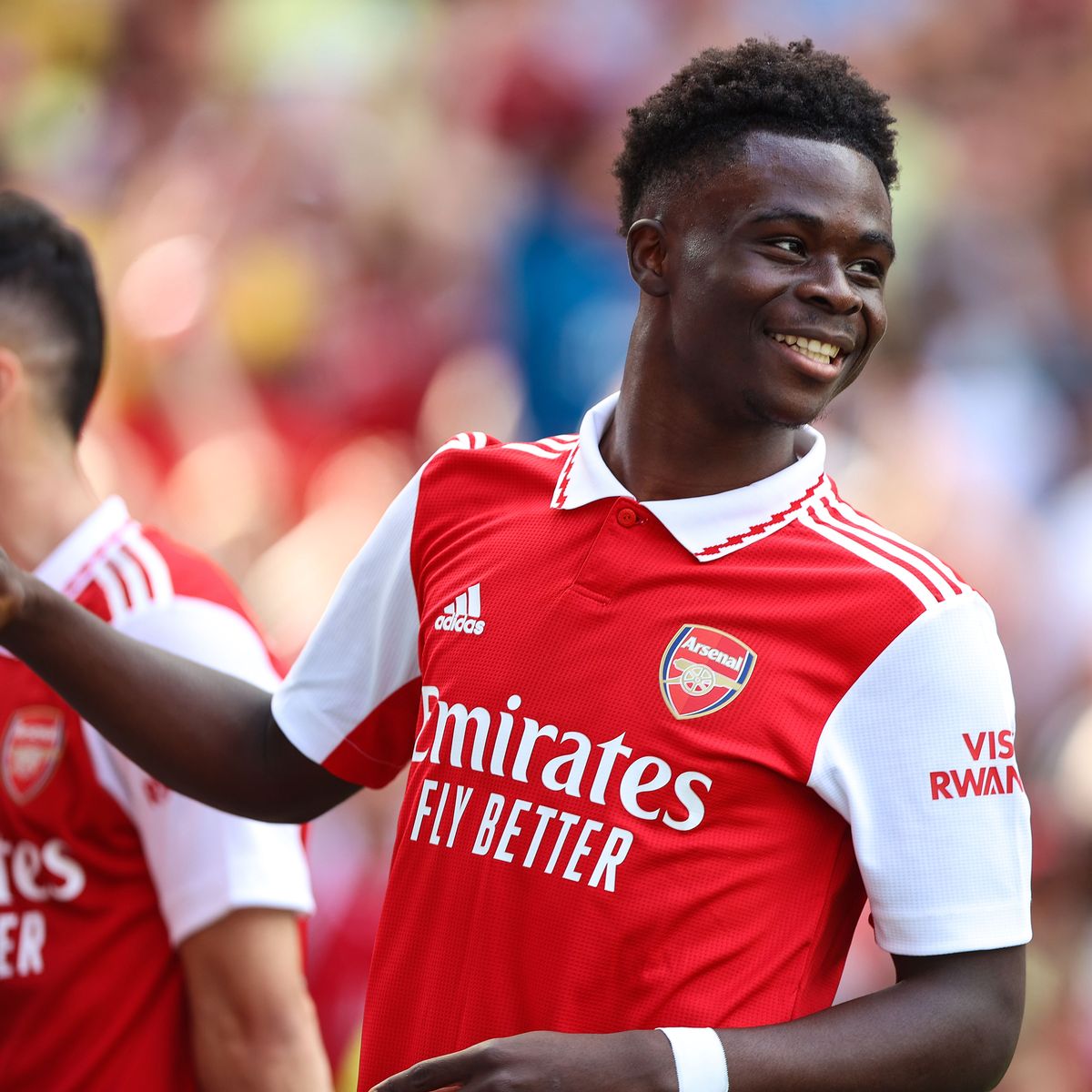 Bukayo Saka hailed Arsenal’s ground-out victory over Bodo/Glimt as “a classic example” that they know how to win ugly.

The Gunners have been feted for the brand of football they have played this season. And they have been rewarded for it with 11 wins in 12 games to sit top of the Premier League table and their Europa League group.

Thursday’s win in Norway was the first time since the 3-1 defeat by Manchester United that they did not fire on all cylinders. But at least this time they emerged victorious and, after several years of being accused of lacking grit and determination when the chips have been down, Saka knows it’s important for them to show that, when their form does inevitably dip, they still carve out maximum points.

Saka, who scored the only goal of the midweek game, said: “Thursday was a classic example – we didn’t play our best and we are not so happy with our performance. But at the end of the day the day we left with the three points.

“That’s the most important thing and we can be happy with that. It’s a big learning curve, of course, but sometimes you’ve just got to do what it takes to win.”

Saka and his pals are looking to extend their stay at the top-flight summit with a win over Leeds at Elland Road on Sunday. And the fact they are flying so high this season shows the difference a year can make. After nine games last season, they were 10th – although Saka insists the mindset is really no different.

He added: “There isn’t really a difference in mentality in being chased to chasing. Right now, I’m just focused on going into every game and trying to win it. It’s really early in the season to be thinking about staying stop or anyone chasing us.

“It’s just important to stay focused on the next game and, if we continue to win each game, we still stay at the top. So, we don’t need to overthink being chased and stuff like that.”

With this season split in two by the World Cup, the next challenge for Arsenal is to try to be first or second, or as high as possible, between now and mid-November, when football will decamp to Qatar.

Saka said: “Of course, that’s a challenge that we have to face and we’re going to try to do that. But, like I said, the way to do that is just to focus and prep for every game and try to win it. The focus must be on Arsenal right now before international.”

Last season, Amazon Prime’s camera lenses were focused on everything that went on behind the scenes at the Emirates. And while they’d pick up some very different footage this season, given Arsenal’s brilliant start, Saka is adamant there was no extra pressure put on them by camera crews tracking their every move.

He added: “I wouldn’t say there was pressure on the team because of the Amazon cameras, I didn’t feel any pressure from that. Before that, it’s all about our objectives, and that comes from within. So, whatever we desire to achieve, that’s the pressure we put on ourselves. Anything on the outside, isn’t really going to put extra pressure on us.”

Five of the best chipped finishes in Premier League history