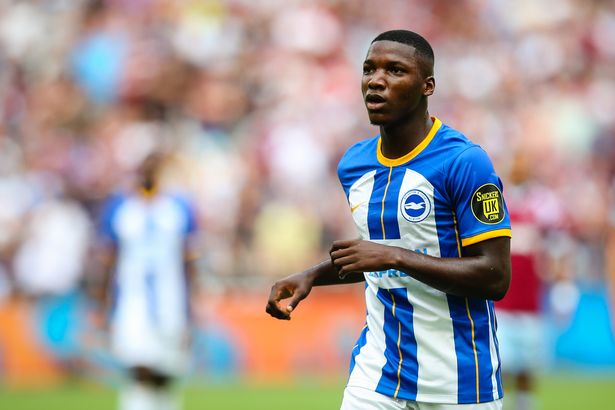 The Seagulls signed the 20-year-old midfielder from Independiente del Valle in February 2021, and although he has only played 12 games for the South coast side, Caicedo has caught the eye of a number of teams across Europe.

According to The Express, Man Utd and Arsenal are plotting a move for the Ecuador international before the transfer window ends.

Atletico Madrid, Bayer Leverkusen and West Ham United, are also credited with showing an interest, although they may find it tough to prise Caicedo away from Brighton.

He impressed in his club’s 2-1 win over the Red Devils on the opening weekend of the English top-tier season, and also featured in Brighton’s goalless draw against Newcastle United on Saturday.

After selling Marc Cucurella to Stamford Bridge for £63m and raising £25m through the sale of Yves Bissouma to Tottenham, the Seagulls are under no pressure to let Caicedo depart from the club this summer.

Meanwhile, Arsenal and Manchester United also eyeing a move for Real Madrid winger Marco Asensio who is believed to be valued at £35m.

Arsenal: Arteta ‘lost belief’ in £120k-a-week star at the Emirates