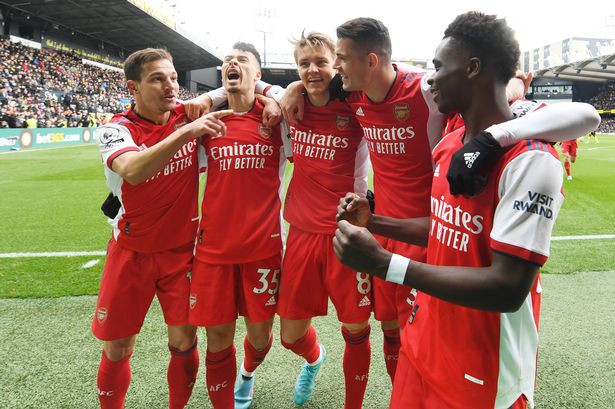 Sky Sports reporter Dharmesh Sheth has claimed that the exit of Arsenal right-back Cedric Soares from the Emirates Stadium this January cannot be ruled out.

Bayer Leverkusen and Villarreal were also keen on offering Cedric a route out of Arsenal as he has not been getting the call for selection.

It is understood that the Portugal international is deemed as surplus to requirements with Ben White and Takehiro Tomiyasu in front of him in the pecking order.

Sheth believes that although a deal to take Cedric to Fulham recently collapsed, there is still time for talks to reignite ‘towards the end of the window’.

Sheth told GMS: “I’m still trying to get a bit more information on this, he’s not featuring really in Arsenal’s games of late and I know Fulham were interested in him.

“The information I was getting on that one was yes, the interest was there, but not at the terms and the wages being quoted to them.

“I just wonder if Cedric Soares continues not to feature in the squads for Arsenal towards the end of the window, Fulham may then try their luck again and just say, ‘look, let’s take him on loan or let’s try and do a deal where we pay a portion of his wages because we want to bring him in’.”