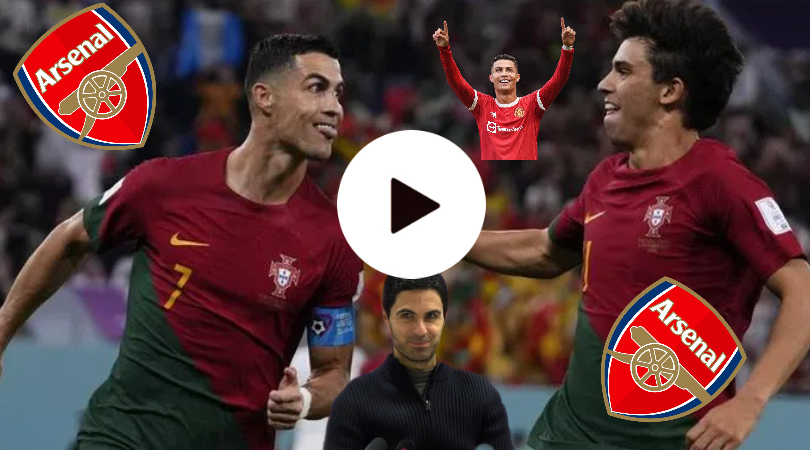 Arsenal could pounce on the potential signing of Joao Felix in the upcoming January transfer window. But for the Gunners to stand any chance, Mikel Arteta’s side must be in a strong position to finish in the Champions League places ahead of next season, which is already the case as the north London side lead the Premier League table by five points.

The Gunners finished the summer transfer window with just Gabriel Jesus and Eddie Nketiah as the forward options going into the season. However, Arsenal’s frontline is now under major scrutiny going into the January window amid a serious knee injury suffered to Jesus during the World Cup.

However, this could be eased in January with the arrival of Felix. Edu can boost Arsenal’s chances of securing the Portuguese signature by eliminating competition, and this can be done by sacrificing a potential signing.

Arsenal told how much Felix will cost

According to British journalist Duncan Castles, Atletico Madrid are prepared to let Joao Felix join an English Premier League club on loan next month. The La Liga club are reportedly asking for an £8million loan fee, plus the player’s salary to be paid in full, while there would be no contractual option to buy.

Felix comes from the Benfica academy which has had a lot of success in the past in terms of their player development, which Manchester City has benefited from. Mikel Arteta has an excellent chance to follow in Pep Guardiola’s footsteps by doing the same with the signing of Felix, whose stardom was once compared to Kylian Mbappe.

The forward was highly touted by Europe’s biggest clubs after his amazing Europa League run with Benfica during the 2018/2019 season. It was Atletico Madrid who signed him later in that summer for a blockbuster £114m transfer, as the youngster was tipped to become one of the world’s best players.

According to Spanish news outlet Sport, PSG are interested in signing Asensio in the January transfer window. The winger has been linked with a move away from Real Madrid since the start of the previous summer transfer window.

Links to PSG comes after Calciomercato, as cited by HITC, claimed that agent Jorge Mendes is attempting to get Asensio’s name out there ahead of a potential January move. Asensio is out of contract in 2023 and Mendes is seemingly checking whether clubs would pay a small fee in January or take the Spaniard for nothing next summer.

This was supported by transfer guru Fabrizio Romano in the summer transfer window as he said via Wettfreunde: “Asensio has been offered by his agent to many important English clubs including Arsenal, Man United in the last two weeks.”