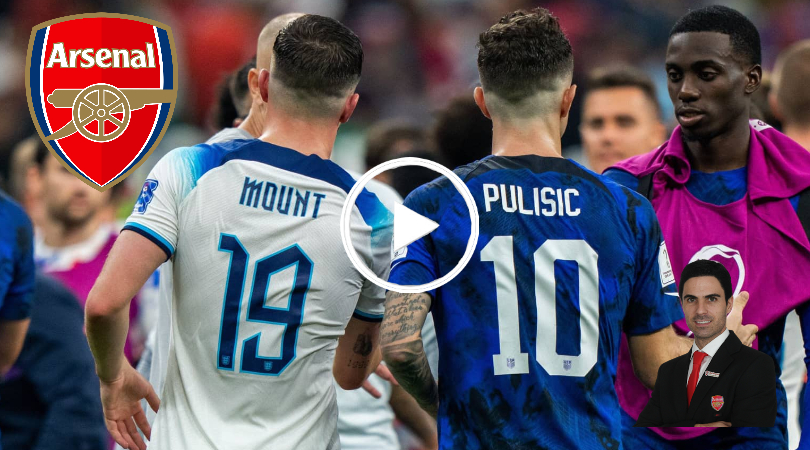 The 24-year-old has struggled to nail down a starting place in the Chelsea side this season, starting five of the club’s 21 matches in all competitions this season.

While playing time has been at a premium in a Chelsea shirt, Pulisic has been in impressive form during USA’s opening two World Cup games, with his display in Friday’s 1-1 draw against England earning him FIFA’s player of the match award.

His performances have caught the attention of a number of Premier League clubs, and according to the Daily Mail, Man United, Arsenal and Newcastle could all be set to battle it out for Pulisic’s signature.

The report states that the Red Devils and Newcastle made enquiries about a possible move in August, while the Gunners are monitoring the player’s situation.

If Chelsea decide to entertain offers then they would look to receive a fee in the region of £35m for a player who is set to enter the final 18 months of his contract.