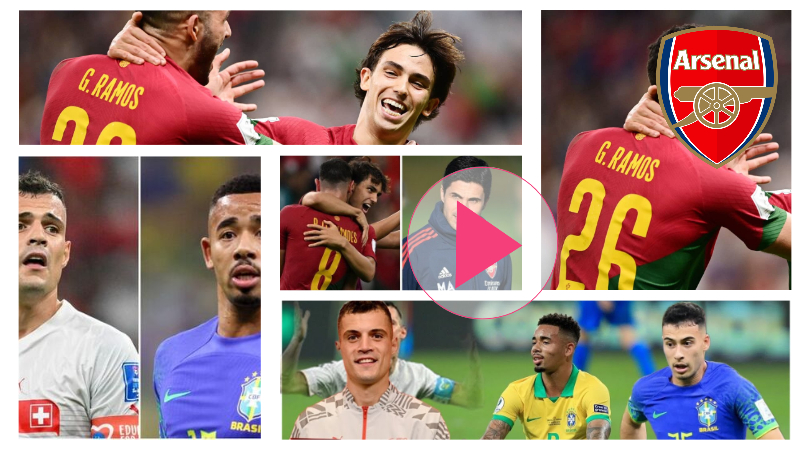 Atletico Madrid’s CEO Gil Marin has admitted that the club will consider selling Joao Felix. He told TVE: “Joao Felix is the biggest bet the club has made this season. I think he has the highest level in the world but for reasons that are not worth entering now, the relationship between [Diego] Simeone and him is not good and his motivation is not the best.

“It is reasonable for him to think about leaving, but I would love for him to continue with us, even if this is not the player’s idea.”

Granit Xhaka is flying straight to Dubai to join Arsenal’s training camp after Switzerland crashed out of the World Cup on Tuesday.

Speaking to the Evening Standard, Xhaka said: “Of course, emotionally it is not easy. But this is part of our business, part of football. You have to recover well. The Premier League is waiting and, of course, I wanted to be here longer than this. But we lost the game today and I am happy to go back now with the team.

Gabriel Jesus’ recent knee injury has caused a great deal of concern amongst Arsenal supporters and players alike. Nevertheless, he underwent successful surgery on Tuesday and will now begin the recovery process. With that in mind, football.london has produced a round-up of all the latest news on the setback.