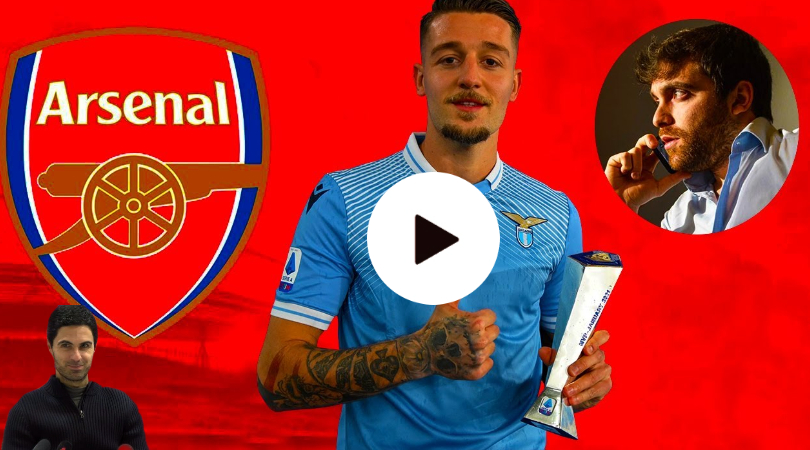 Arsenal have reportedly made an enquiry for Lazio ace Sergej Milinkovic-Savic. The Serbians contract at the Stadio Olimpico expires in 2024 but has been strongly linked with a move away in the past six months.

According to Relevo, the Gunners have made “big moves” to sign the midfielder, but will have to meet Lazio’s €80million-€100million (£68.8million-£86million) price tag should they opt to make sign him in January. However, should no agreement be made over a new deal, the 27-year-old could be available for €40million-€50million (£34.4million-£43million) in the summer.

One disadvantage that Arsenal face is the player’s preference on remaining in Italy. The report states that he would like to continue playing in Serie A after recently becoming a father.

Manchester United are reportedly considering a loan move for Atletico Madrid forward Joao Felix amid uncertainty over his future in Spain. The Portuguese has been heavily linked with a move away and it is reported that a number of Premier League clubs are interested ahead of the January transfer window.

Following reports from German giants Bayern Munich had pulled out of the race for Felix, Arsenal and Chelsea face a potential blow from Premier League Manchester United. According to ESPN, the Red Devils are weighing up an offer to sign the forward on loan with an option for a permanent deal.

The structure of the deal comes due to it being likely that the Rojiblancos are keen to recoup the majority of the £113million they paid Benfica for his services in 2019. The report claims that a permanent deal is ‘problematic’ for United, with the club keen to defer the hefty fee until the summer.

Cedric on the move

Arsenal right-back Cedric Soares is reportedly wanted by Premier League side Fulham ahead of the January transfer window. The Portuguese has struggled for minutes this campaign following Ben White’s emergence in his position, forcing uncertainty over his future in north London.

Sky Sports have reported that Fulham are keen to end Cedric’s time at the Emirates Stadium to add competition to Kenny Tete at right-back. It’s understood that they made enquiries for the defender in the summer transfer window but the former Southampton man remained with the Gunners.