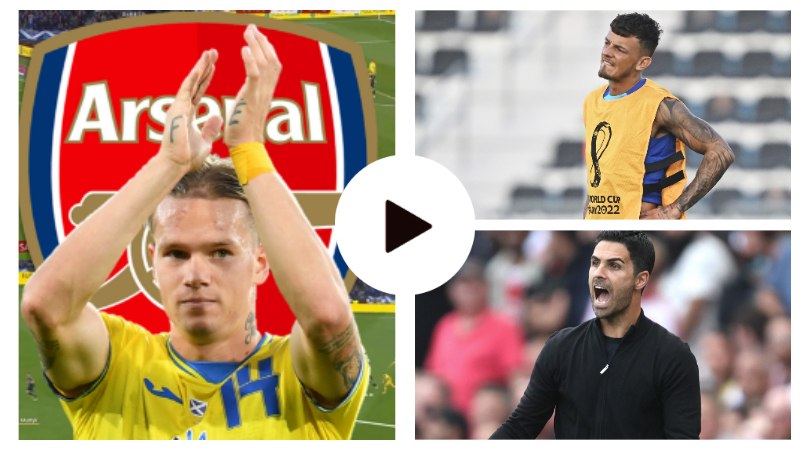 There are just two weeks till the January transfer window opens and it promises to be a big one for Arsenal. The Gunners sit five points clear at the top of the Premier League and Gunners247 understands that they are keen to strengthen their squad next month to push Manchester City all the way in the title race.

Reports have suggested that Mykhaylo Mudryk could be the man they turn their focus to as they seek to bolster their attacking options with Gabriel Jesus facing a lengthy spell on the sidelines due to a knee injury.

However, outgoings could also be important. Mikel Arteta has managed to trim down his squad relatively well over the past few years, but there are still some players who could be on their way out of the club.

One of these is Cedric who Gunners247 understands is the subject of interest from London rivals Fulham. Villarreal and Bayer Leverkusen are also thought to be interested in the Portuguese international who has played just four competitive minutes for Arsenal this season.

Part of this reason for this is the decision to move Ben White out to right back. The England international spent his first season after his £50million transfer from Brighton playing at centre-back alongside Gabriel, but since William Saliba ‘s return from a loan spell with Marseille, White has largely played at right-back. This has been crucial to Arsenal’s success this season as Arteta’s preference for inverted full-backs has allowed them to assert more dominance over possession while maintaining defensive security.

“I think he is really enjoying it,” Arteta said of White’s time at right-back. “He finds himself with a bit of freedom and you can see, when he has space, how he likes to attack. I think he is happy there.”

Beyond White, there is last season’s starting right-back Takehiro Tomiyasu ahead of Cedric in the pecking order as things stand. The Japan international has been deployed on the left on occasion this season in the absence of Oleksandr Zinchenko, but is again primarily viewed as a right-back. As well as this depth there are also two exciting young right-backs in Brooke Norton-Cuffy and Reuell Walters coming through the academy set up, with the former impressing out on loan with Rotherham and the latter having caught Arteta’s eye in the pre-season tour of the USA.

It’s tough on Cedric, who has missed game time that he would most likely have got in the Europa League this season due to injury. The 30-year-old is viewed as a leader around the Arsenal dressing room and has been praised consistently by Arteta for his professional attitude.

“The competition is one thing, the second one is because he was injured for a while,” Arteta said of Cedric’s game time last month. “He had a recurring injury but now he is fully fit and he’s a player that deserves to play and I want to give him the minutes because he deserves it.”

The former Southampton man has 18 months left on his contract and it will be interesting to see what Arsenal do if a suitable offer comes in for him next month.