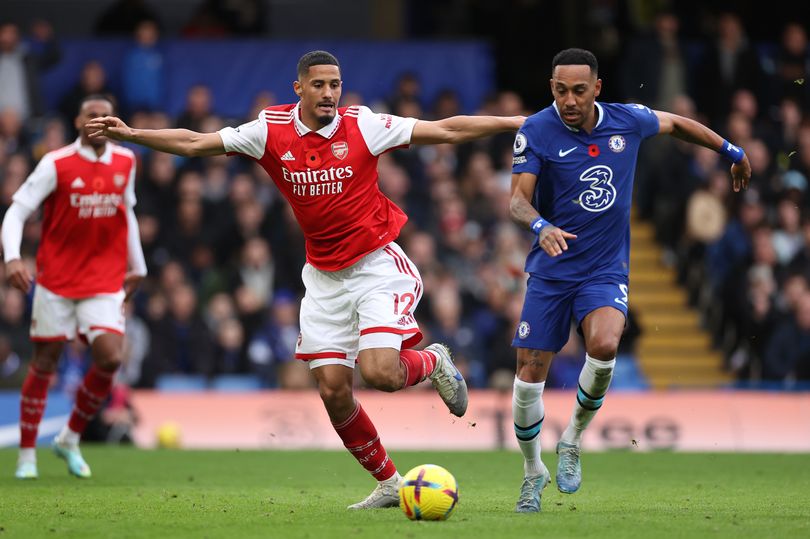 In the lead-up to the London derby, Pierre-Emerick Aubameyang had been the main topic of conversation, as he lined-up against his former side for the first time since departing north London in the last January transfer window.

Unsurprisingly, Arsenal fans booed the former Gunners skipper with his first touch of the ball after kick-off. There is certainly love lost between the two parties, which was highlighted by Aubameyang’s taunts towards Arsenal prior to the match starting.

To ensure Arsenal had the best chance of winning the match at Stamford Bridge, Mikel Arteta named a strong line-up. The biggest surprise was the return of Oleksandr Zinchenko, who came in to replace the injured Takehiro Tomiyasu, who missed out on the matchday squad.

Thee Ukrainian, who made his first start since the North London Derby at the start of October, made a big impact and helped Arteta’s side secure all three points.

Henderson speaks out about amid Gabriel incident

Liverpool captain Jordan Henderson has spoken about the Football Association investigation that commenced following an incident between himself and Gabriel Magalhaes at the Emirates Stadium.

Arsenal’s impressive 3-2 win over the Reds in October was, somewhat, overshadowed by the altercation in second-half additional time.

Play was briefly halted by referee Michael Oliver, allowing him to speak with Mikel Arteta and Jurgen Klopp on the touchline amid an argument which intensified when Gabriel appeared to claim that something offensive was said.