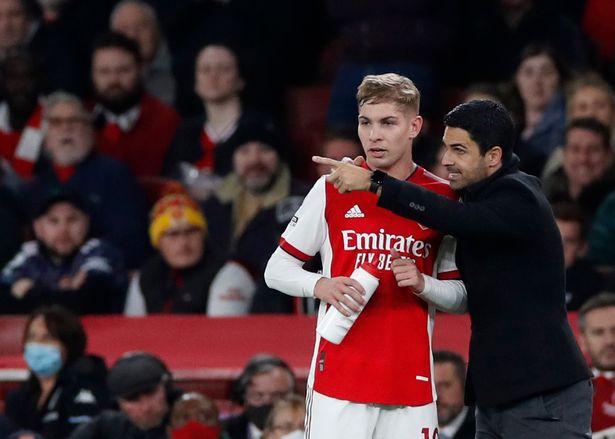 Emile Smith Rowe, an England international who has yet to play start a game this season, must demonstrate consistency and a desire to get better, according to Mikel Arteta, in order to make the Arsenal lineup.

The 22-year-old wasn’t quite ready to go when the season began due to his preseason groin injury, and given the Gunners’ impressive start, he may find it difficult to regain his place in the lineup.

Bukayo Saka, Martin Odegaard, and Gabriel Martinelli were the trio that started behind Gabriel Jesus for Arsenal, the only Premier League team to win all three games thus far this season. 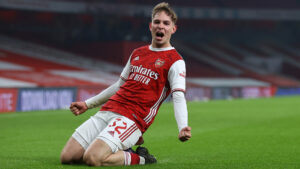 With all of them playing well and the team picking up impressive wins, it looks difficult for Smith Rowe to get back into the starting XI, having been forced to settle for two substitute appearances so far this campaign, amounting to 22 minutes on the pitch.

Arteta has challenged Smith Rowe to demonstrate why he deserves to be selected, and it’s clear that he hasn’t given up on the gifted youngster, who is widely regarded as extremely brilliant among Arsenal supporters.

He must now prove himself worthy of a spot on the team. Before Saturday night’s match between Arsenal and Fulham at the Emirates, Arteta remarked, “He needs to perform and be consistent in order to accomplish that.

“For me, the key is every day.” What he exhibits every day, along with his constancy, hunger, and raising the bar.

When asked if he had discussed his position with Smith Rowe, Arteta brushed off any issues, responding, “No since he’s been wounded.” He hasn’t had a spotless preseason; he hasn’t arrived at that point yet.

Smith Rowe’s chances of making the first squad should remain unaffected by Arsenal’s season-long loan of Nicolas Pepe to Nice, although he will face competition from summer acquisition Fabio Vieira.

The Portuguese star, who missed the Arsenal’s recent 3-0 victory against Bournemouth due to a foot ailment, has recovered from that setback.

Arteta may be forced into some rotation for the first time due to the Gunners’ fixtures against Fulham on Saturday night and Aston Villa on Wednesday night. Vieira and Smith Rowe will be competing for the starting spot.