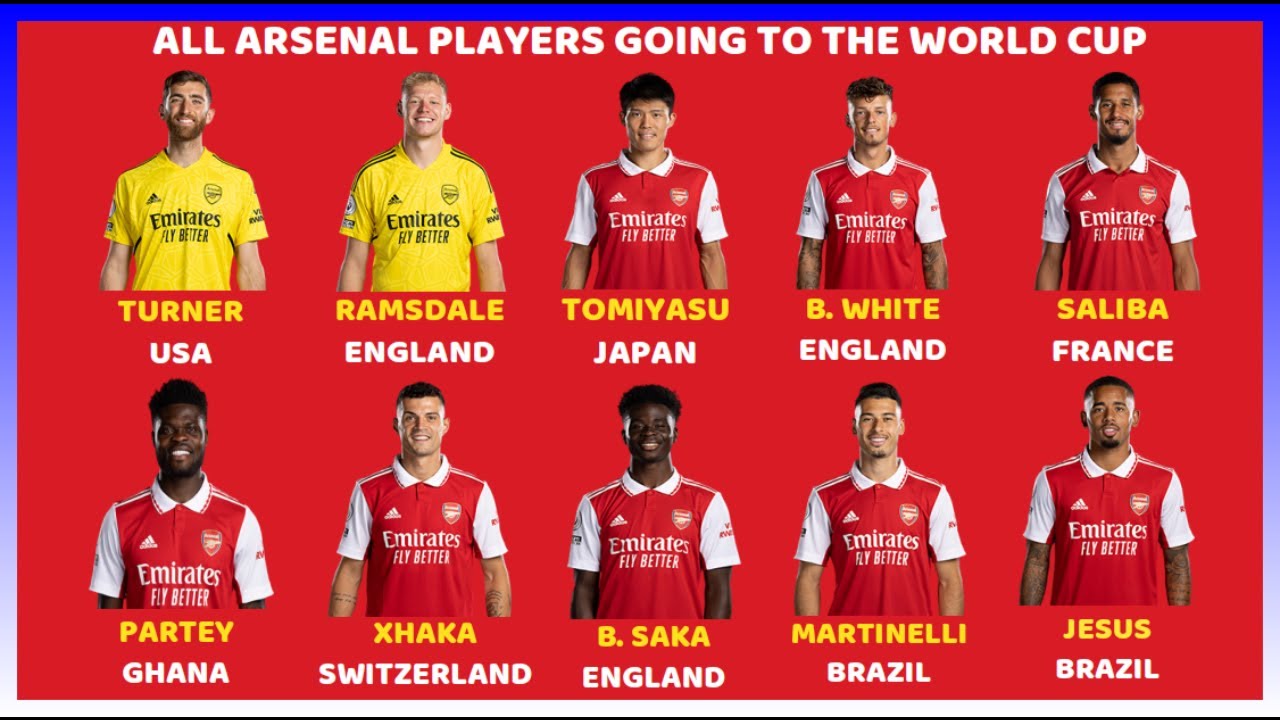 Gunners247 have been keeping tabs on how the tournament has started for the Gunners’ stars and will continue to do so throughout their time in Qatar as manager Mikel Arteta will be hopeful his players return unscathed when the Premier League season resumes on Boxing Day.

With the final round of group stage fixtures taking place, four of Arsenal’s World Cup contingent discovered if they would be extending their stay or making the short trip to Dubai later at some point over the next week to join up with their club teammates for the warm-weather training camp.

As expected, England qualified for the round of 16 stage thanks to a comfortable 3-0 win over Wales thanks to a brace from Marcus Rashford and a strike from Phil Foden. Although, Bukayo Saka and Aaron Ramsdale were unused substitutes and Ben White didn’t make the matchday squad having missed Monday’s training session through illness.

The Three Lions’ reward for topping Group B is a meeting with Senegal on Sunday and 24 hours before that clash takes place USA have a date with the Netherlands after Matt Turner helped his side finish runners-up by keeping another clean sheet in a 1-0 win over Iran.

Despite France being the first nation at this year’s World Cup to seal a place in the last-16 and Didier Deschamps confirming he is planning to make changes to his starting line-up for today’s clash with Tunisia, a predicted line-up from Get French Football News doesn’t include William Saliba.

“The team who will play tomorrow will do everything to get the best possible result, even if I have this possibility to shuffle things around,” the Les Bleus manager told a news conference yesterday, as per Reuters. “We probably don’t even need a point, even if I remain vigilant.”

Takehiro Tomiyasu is in line to return to the Japan squad for their decider against Spain tomorrow having been spotted taking part in a full training session. The Arsenal defender missed the 1-0 loss at the hands of Costa Rica, but did reveal he was targeting the final group game for his comeback.

“During the Germany game, I felt uncomfortable (hamstring) as soon as I entered,” he said, as per Gekisaka. “After the game, I took care of it and was also examined at the hospital. It wasn’t that bad. The rest is the feeling. I don’t think it’s a problem. Realistically, I’m going to aim to return for the last match of the group league on December 1 against Spain.”

Thomas Partey, unsurprisingly, was delighted with Ghana’s 3-2 win over South Korea and he took to social media to react. Meanwhile, Granit Xhaka enjoyed a recovery day following Switzerland’s 1-0 loss against Brazil and a mini-reunion with Arsenal teammates Gabriel Jesus and Gabriel Martinelli.

Speaking of the forward pair, the former swapped messages with Xhaka on Instagram and the latter might have been catching up with the latest transfer rumours following a training session ahead of the Cameroon game as he’s now being linked with a move to Ligue 1 giants Paris Saint-Germain.