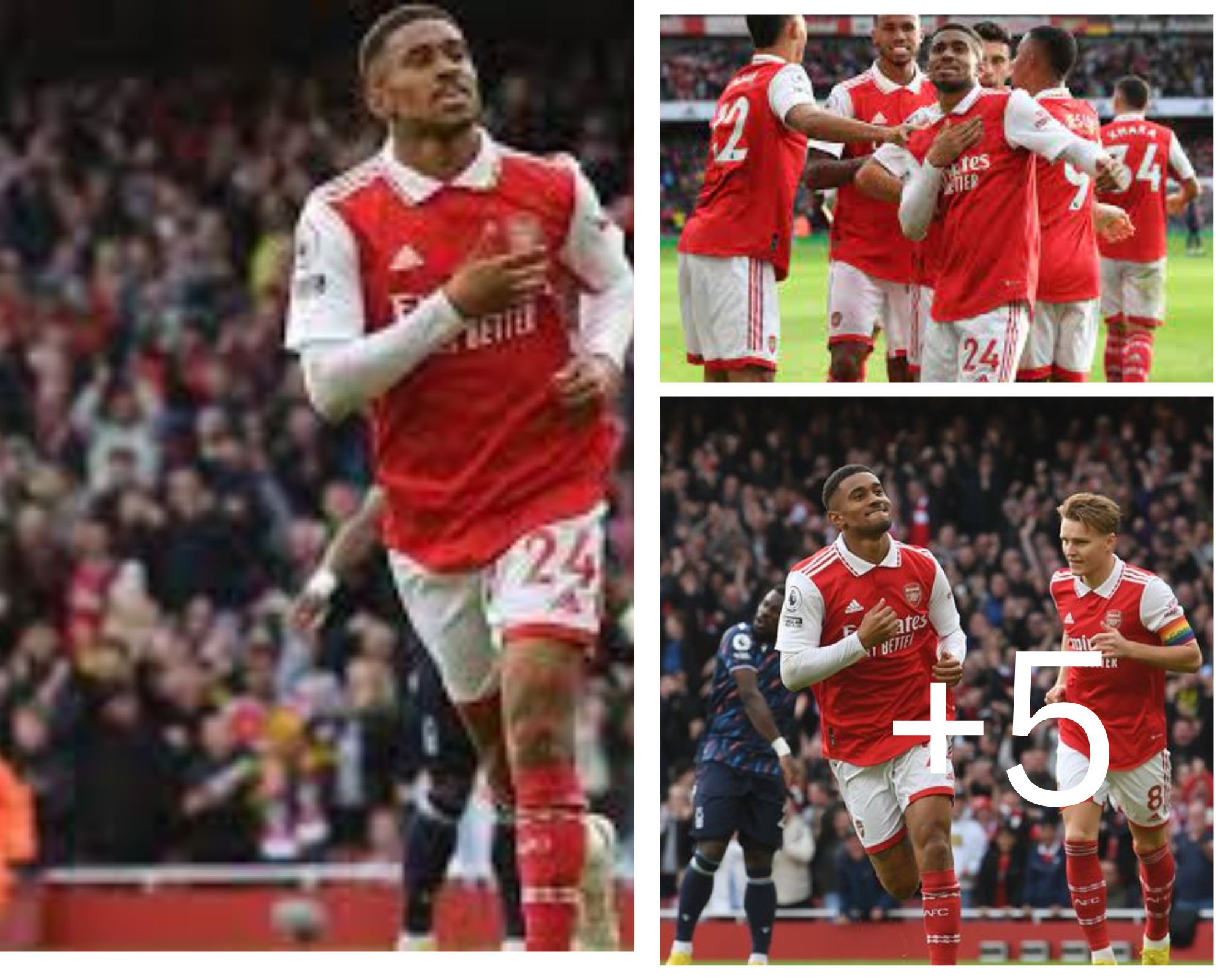 Arsenal Winger Steals The Show!! Top of the table!! That’s where WE are!! As a Gooner, there is no better feeling this season than to see the team at the top. And to add to that, when these lot manage to score 5, what can be better!!? That was the case when Arsenal faced off against Nottingham Forest at the Emirates this weekend.

Though the north London outfit secured a win in the Europa League in mid-week as well, their advancement to the knockout stages of that competition were all but certain. Keeping that in mind, one player that made a serious impact in this Premier League fixture, was Reiss Nelson.

What Was The One Thing That The 2 Fans Did That Would Get Them A Jersey From The Arsenal Winger!?

Everyone, generally, wants a player’s jersey. However, when a player himself goes on Social Media and says that he will gift a fan one, it becomes even more special. That too for a really small thing that already benefited 2 Arsenal fans.

A couple of Arsenal fans and also fans of Nelson, who play Fantasy Premier League, went ahead and captained him for the game-week. The Arsenal winger scored 2 goals and got an assist. This ensured that he got a tally of 42 points (including bonus), as skipper for those teams.

Keeping that in mind, Nelson responded to a Tweet that showcased this. The original Tweet was put out by SPORTbible and this was the response that followed-

You got no idea how much I rate! 😂

Well, some fans are just lucky and get things right at the right time. That is the case, as not a lot of people could have imagined that Saka would go off with an injury and Nelson would do what he just did, on his return from injury.

The impact was huge and the Arsenal fans loved it. A lot of them were hoping that the Arsenal winger could return and make an impact and so far, he has not disappointed. Let’s wait and watch how things progress further.