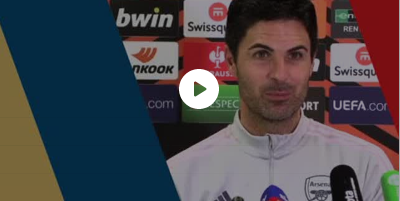 Arsenal are reportedly yet to make progress in contract talks with William Saliba due to his entourage demanding a higher wage than what the club is currently offering.

The 21-year-old endured three separate loan spells with Saint-Etienne, Nice and Marseille before making his first-team debut for Arsenal, having initially joined back in the summer of 2019.

Saliba won the Ligue 1 Young Player of the Year award with Marseille in the 2021-22 campaign, and Les Olympiens made no secret of their desire to sign him permanently, but the defender opted to stay and try to make a name for himself at Arsenal.

Since breaking into the starting lineup, Saliba has come up with two goals and an assist in 14 Premier League games and has been widely regarded as one of the leading players in his position in the 2022-23 season.

Saliba’s form earned him a place in the France squad for the 2022 World Cup, although he only made one substitute appearance in a 1-0 defeat to Tunisia before Les Bleus lost to Argentina in the final.

The Frenchman will soon enter the final 18 months of his contract with the Premier League leaders, who are working to tie him down to a new long-term deal as a matter of priority.

However, The Athletic reports that Saliba’s representatives are not satisfied with the salary that Arsenal are offering, and as a result there is yet to be a breakthrough in negotiations.

The report adds that talks are still ongoing with the centre-back’s agents, but Arsenal are still optimistic that the “goodwill” between the player and club will yield a positive solution.

Saliba will not be short of offers should he fail to come to an agreement with the Gunners over a new contract, with Paris Saint-Germain and Atletico Madrid understood to be monitoring developments.

As well as Saliba, Arsenal are attempting to agree fresh terms with two other 21-year-olds in Gabriel Martinelli and Bukayo Saka, and the former affirmed earlier this autumn that he is keen to stay at the club and “just needs to get a pen”.

A separate report claimed that Martinelli was on the verge of signing a new £200k-a-week contract in North London, with his current terms also due to run until the end of the 2023-24 season.

Even if Martinelli does not come to an agreement over a long-term contract, Arsenal are believed to possess a two-year extension option to keep him on the books until the summer of 2026.

Saka’s contract – which also runs for another 18 months – does not hold such a clause, but Mikel Arteta’s side are reportedly still confident of tying their academy product down to fresh terms.

Furthermore, number one goalkeeper Aaron Ramsdale is also said to have begun discussions over a new-and-improved deal, although his current contract runs for another two-and-a-half years with an option until 2026.

Highly-rated midfielder Charlie Patino – who has impressed on loan at Blackpool this term – could depart as a free agent at the end of the season, but The Athletic adds that Arsenal are preparing to trigger a two-year extension option until 2025 before the end of the year.