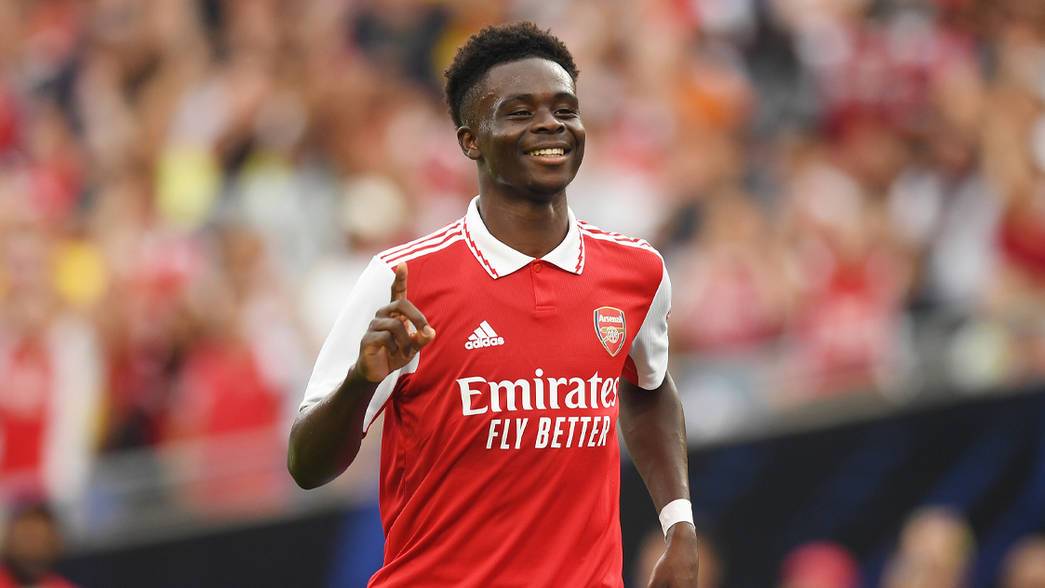 Saka has endured a difficult start to the campaign but finally got off the mark against Manchester United last weekend.

Having enjoyed his most productive season to date in 2021-2022, the England star would have been hoping to hit the ground running, especially with the World Cup coming up.

But Saka is yet to hit top form, even though Arsenal currently sit top of the Premier League table.

In his first five appearances, he contributed just two assists, but produced his best performance at Old Trafford on Sunday.

With Arsenal trailing 1-0 thanks to Antony’s strike just before half-time, Saka equalised early in the second period in what was his first ever goal at the Theatre of Dreams.

What did Brown say about Saka?

Jones reckons that Saka has the ability to build on his goal at Old Trafford and reckons he could push towards the 20-goal mark for the Gunners.

He told GUNNERS247: “I think he’s got a huge ceiling. So hopefully he kicks on from here because he’s capable of scoring 20 goals easily for Arsenal this year.”

What is Saka’s best ever goal return?

Saka has improved year on year since breaking into the first-team at Arsenal and if he finally gets going there’s nothing to stop him from pushing towards 20 goals.

In his first season at senior level, he scored four goals in all competitions, although he spent much of his time playing at left-back and left wing-back.

But Kieran Tierney returned to fitness at the beginning of 2020-2021, which allowed Saka to push further forward and establish himself as more of a winger.

As a result, he increased his goal tally to seven goals, although his 10 assists meant it was another productive campaign for the promising youngster.

ALSO READ:  Edu Can Pull Off A Similar Transfer Trick For Arsenal As Gabriel Jesus Did, And The Transaction Will Be Worth £50 Million

But Saka took his game to another level last term when he found the net on 12 occasions, 11 of which came in the Premier League, which helped him scoop the club’s player of the year award and also become a regular start for England.