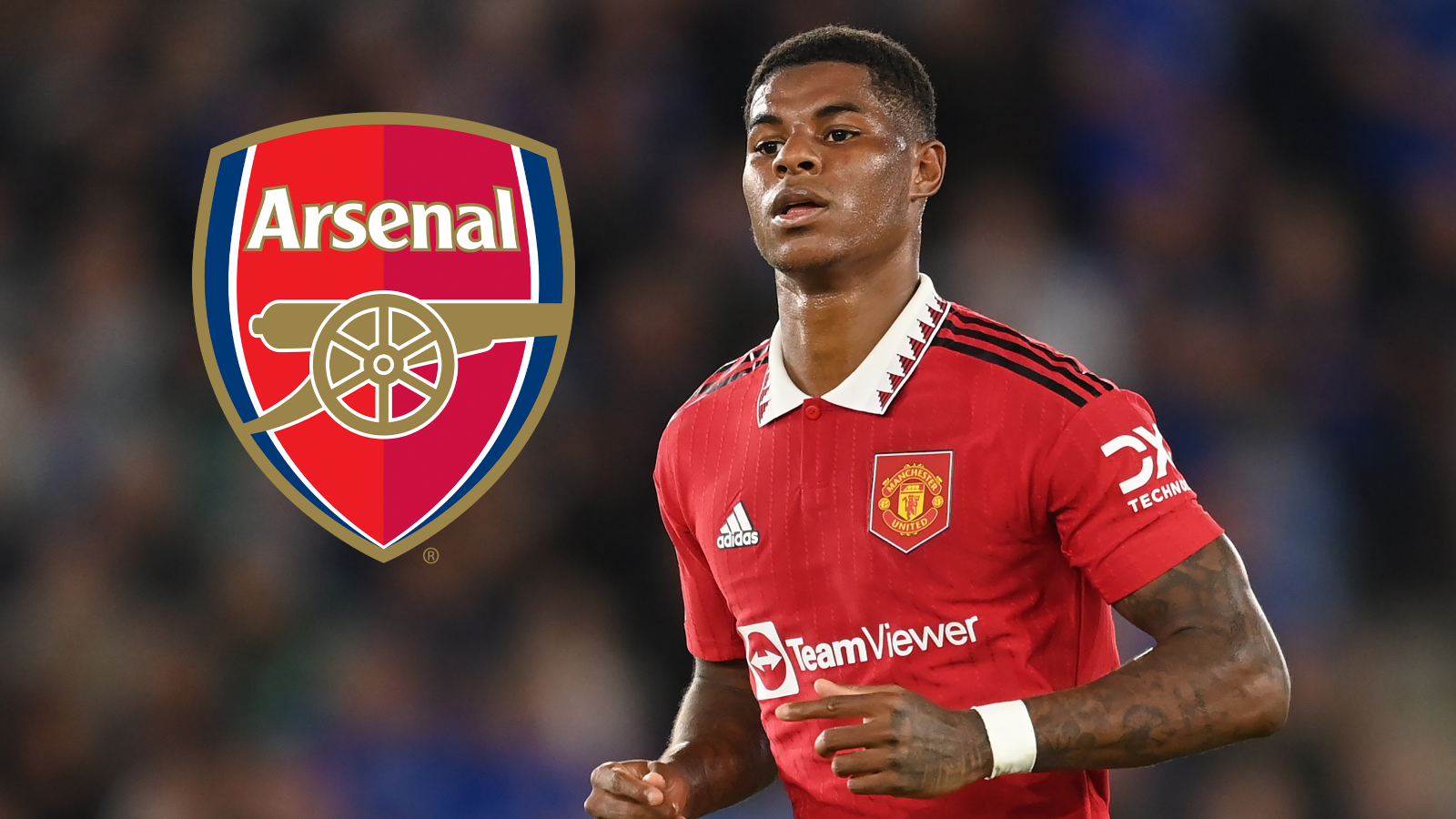 The north London outfit have enjoyed a scintillating start to the 2022-23 season to climb to the top of the Premier League table.

Arsenal’s best ever start to a league campaign has seen Mikel Arteta’s side move two points clear of defending champions Manchester City and seven points ahead of fifth-placed Chelsea.

Arteta has been backed in the last two transfer windows, with Gabriel Jesus, Fabio Vieira and Oleksandr Zinchenko among the stars to arrive through the doors at the Emirates last summer.

The Arsenal boss will look to bolster his squad with even more new signings in January and during next summer’s transfer window.

Ex-Gunners striker Campbell believes reinforcements will be needed and has urged his former club to bring Marcus Rashford and Leandro Trossard to the capital.

England star Rashford has looked back to his best this season after a poor 2021-22 campaign in which he grew frustrated and considered leaving Manchester United.

Belgium international Trossard has also been in superb form, with his performances for Brighton attracting interest from Chelsea as well as Arsenal.

Advertisement
ALSO READ:  Ivan Toney takes a swipe at 'cringey' Gabriel Magalhaes over 'Nice kick about with the boys' tweet

‘Rashford ticks some really good boxes for Arsenal,’ Campbell told Football Insider. ‘On the counter-attack, he can be devastating.

‘He undone Arsenal at Old Trafford earlier this season with his speed. Rashford can be devastating on his day, we know that.

‘Manchester United are dithering by the sounds of it. I’m sure Arsenal would go for him if he became available next summer.

‘He is an international player who has played on the big stages. He knows how to get games won.

‘That is what Arsenal lack sometimes. It would be great to have a player of his experience in the squad.’

On Trossard, Campbell added: ‘I think Trossard would be a good signing, he would thrive at Arsenal.

‘He would be a squad player, one you could rotate in and out of the team and there would be no drop-off in quality.

‘I think he is a really good player. He is very smart, has good movement and he can finish. It would be a smart move from Arsenal in my opinion.’