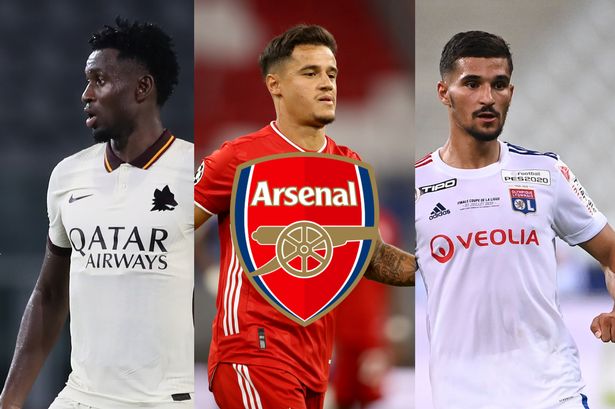 Arsenal could be willing to pay the €65m asking price for Mykhaylo Mudryk. The Spanish coach is keen to complete the signing of the 21-year-old attacker and set to splash the cash in winter. The Shakhtar Donetsk winger is in high demand, but the London giants stay the front-runners for his signature.

The Gunners have stepped up their efforts in pursuit of Ukraine international in recent days. The widespread media reports surrounding the Ukrainian attacker suggest many clubs are vying for his signature in the upcoming window. But Arsenal look like favourites for the Ukrainian.

The Spanish manager wanted a winger in the summer but needed help to achieve his desired targets. Raphinha was the dream signing for the Gunners, who saw the Brazilian winger make a sensational move to Barcelona. They either needed to find the right footballer or saw the targets being too expensive.

Mykhaylo emerged on their radar late in the summer, but the Gunners balked at Shakhtar’s asking price. While they were unwilling to pay in that range in August, the forward’s value has since shot up, with the Ukrainian side’s deputy director claiming it could be nearly €100m.

With the club’s board ready to back Mikel Arteta, the Gunners plan another spending spree in January. A forward is crucial to the manager’s plans, alongside a new midfielder and possibly a centre-forward. Mykhaylo Mudryk is a key target, with plenty of other teams keeping tabs on the Ukrainian attacker.

Real Betis could transfer-list playmaker Nabil Fekir in January. La Liga giants are going through a difficult period financially and could seek at least €30m from suitors for France international. Arsenal and Newcastle’s chances of signing Fekir have received a boost following reports of the Spanish club’s financial state.

Real Betis are struggling to balance their books and could resort to selling a few of their footballers in winter. In this scenario, Nabil’s name stands out among the rest, as La Liga giants are reportedly looking to sell him for at least €30m. The 27-year-old attacker is a World Cup winner with France.

Unfortunately, Didier Deschamps did not select him to represent Les Bleus in Qatar. Teams from all over are looking at Fekir ahead of the winter transfer window. Nabil is an impressive option for sides searching for established footballers to improve their squads.

ALSO READ:  100 PERCENT RECORD: Does This Mean Arsenal Are The Best Team In The World?

To that end, Barcelona, Newcastle United, and even Arsenal stay linked with an interest. Nabil’s fantastic displays for Real Betis since his arrival in 2019 have constantly kept the Spanish outfit on their toes. They have had to fend off interest from PL clubs, although that could change ahead of January.

Real Betis could sell him and demand €30m from suitors. Links with Newcastle United persist in the media, while Arsenal’s name is also dragged into the equation. The €30m fee quoted in the report may not prove problematic for either Arsenal or Newcastle.

Arsenal target Samuel Chukwueze could be available for €40m next summer. The London giants are keen to sign the 23-year-old forward from Villarreal as the Spanish coach eyes footballers that add quality to his squad. The Gunners stay linked with a host of attackers, and the club will pursue a few in the coming windows.

The Gunners earmarked their rebuilding project under the acute eye of Mikel Arteta two summers ago. After making crucial additions such as White, Ramsdale, and Odegaard, Arsenal added more in the window before this campaign.

While those footballers have made the starting eleven a strong unit, there is much more needed to bolster squad depth. Mikel Arteta’s men currently lead the charts in the PL. But there are concerns their title challenge might crumble without quality footballers on the bench.

The likes of Marquinhos and Nelson still need to bring consistency to their game and help the Gunners in cup and Europa League matches. Mikel Arteta has relied heavily on Martinelli and Saka to fortify the wing positions, while Smith Rowe’s early injury has not helped matters.

Chukwueze’s name is the latest on the London club’s shortlist. Samuel has proved his worth this campaign with commendable displays off the bench. Nigeria international is the kind of footballer Mikel Arteta seeks, and the Nigerian winger could be available for €40m next summer.