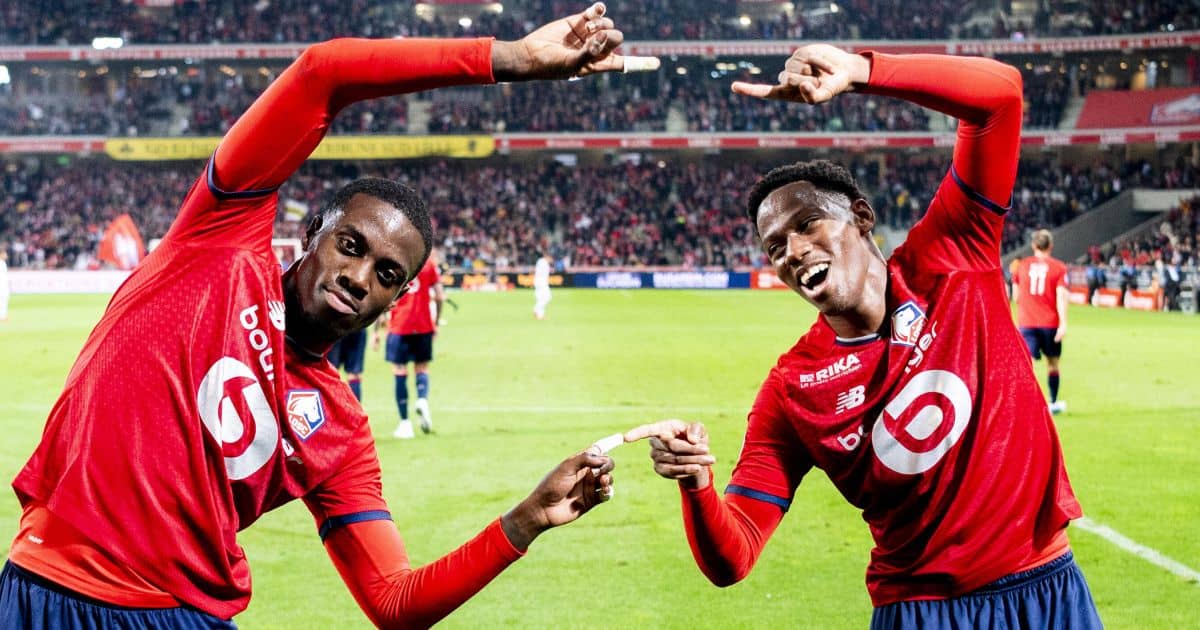 According to fresh reports, Arsenal are closely monitoring Lille forward Jonathan David for the striker position. Manager Mikel Arteta is looking to reinforce his squad, especially the attacking department in the upcoming window and has identified the Canadian striker as a potential option, but will face competition from arch-rivals Tottenham.

The Gunners are flying high in the Premier League this season. Thanks to the goal-scoring prowess of Gabriel Jesus and other forwards, Arteta’s men went into the World Cup break as league toppers, five points ahead of second-placed Manchester City. To continue their run and challenge for the title after the break, the club require appropriate backup signings in the January transfer window.

Arsenal had an underwhelming end to the 2021-22 season, losing out to Spurs in the top-four race. The board, however, trusted in the Spaniard and backed him heavily in this summer transfer window. The result has been extraordinary and for everyone to see.

The club have surpassed all the expectations of experts and fans and currently sit atop the Premier League. They have scored the second-highest goals and also have the best defence among all the 20 clubs. With Arsenal now emerging as a genuine title contender, Arteta wishes to further strengthen his squad. One of the priority targets for the manager is a backup for Jesus in the number nine role.

Jesus had an instant impact, scoring five goals in his first eight league games. But since his goal against Tottenham on 1st October, the Brazilian has gone 11 games without scoring, including 6 league games. The club currently relies on Eddie Nketiah as the other striker option. Although winger Gabriel Martinelli can also suffice in the central role on the pitch, but clearly, the manager wants a more reliable option as the second striker.

According to GiveMeSport’s Dean Jones (via Team Talk), Arsenal are keeping tabs on the young Lille striker, Jonathan David. However, it would not be an easy task to bring the forward to the Emirates with other English clubs also competing to bring him to the Premier League.

Apart from Arsenal, Tottenham and Manchester United are also reportedly interested in Jonathan David. Jones confirmed that the Canadian ‘has been considered’ by the Gunners and Spurs. The Antonio Conte-led club have concerns regarding their talisman Harry Kane’s future at the club.

Manchester United have been linked with the 22-year-old even in the past, with nothing materialising eventually. However, they have keenly kept an eye on his performances in France. A recent report mentioned that the attacker is on the club’s three-man shortlist to replace Cristiano Ronaldo.

Speaking to GiveMeSport, Dean Jones was positive regarding a move to England for David. He said:

“One of the best emerging forwards in Europe, David has the potential to earn himself a massive move this winter.

“He has been considered by Premier League clubs including Everton, Tottenham and Arsenal. But there is potential too for a club like Manchester United to make a move if he makes a big enough splash in Qatar.

“He really is an impressive forward, with 9 goals for Lille this season prior to this weekend’s football. At an international level, he has 22 goals from 34 international appearances—a great record.

“We do not yet know the fee he would move for, but success in front of goal over the next month or so will catapult him beyond the £40million figure that is currently being mooted.

“He is a serious talent that will land at a big club soon.”

Jonathan David arrived at Lille in the summer of 2020 from Gent, for a reported fee of £24 million. He has appeared in 111 matches so far and has 41 goals and 8 assists (stats via transfermarkt). In the French league, he has 37 goals and 6 assists in 90 appearances.

🗣️ @FabrizioRomano on Lille striker Jonathan David: “He was on #Arsenal and Tottenham list one year ago then they decided to invest on Premier League proven players like Jesus and Richarlison. I think he’s a great striker, sometimes he’s underrated.” [@caughtoffside] pic.twitter.com/O3AMYU7cs6

In his first season itself, the youngster helped Les Dogues clinch the Ligue 1 trophy against all odds, with mighty Paris Saint-Germain falling short by 1 point. However, the forward is currently having his best season for the French club so far. In 15 league matches, he has nine goals and three assists.

Speaking about his future plan and next destination, David was not shy in accepting to move to a ‘massive club’. He provided a big boost to his potential suitors. He said:

“I was always watching European football on TV. So, for me, that was always the goal.

“For me it was, I only wanted to go to Europe.

“The next step is always growing, having more ambition, a bigger club.

“Every player wants to play for a massive club in their life. I think if I had the chance to do it, I’ll go for it for sure.

“They are two different leagues [Premier League and La Liga]. But I think I can adapt to both for sure.

“I think with the experience that I’ve had here in France, it will help me a lot if I need to adapt to someplace else a lot faster. I think both leagues suit me.”

David has been exceptional for his national team as well. In the run-up to the 2022 World Cup in Qatar, he has already scored 22 times in just 34 international appearances. This is his first-ever World Cup tournament, with Canada placed in a tricky Group F alongside Belgium, Croatia and Morocco.

The 22-year-old has failed to score in Qatar so far with Canada to return home empty-handed having lost the first 2 games. However, with a strong performance in the last game against Morocco at football’s greatest spectacle, he can certainly grab all the eyeballs and headlines. It would certainly hype up his chances of a future Premier League transfer.