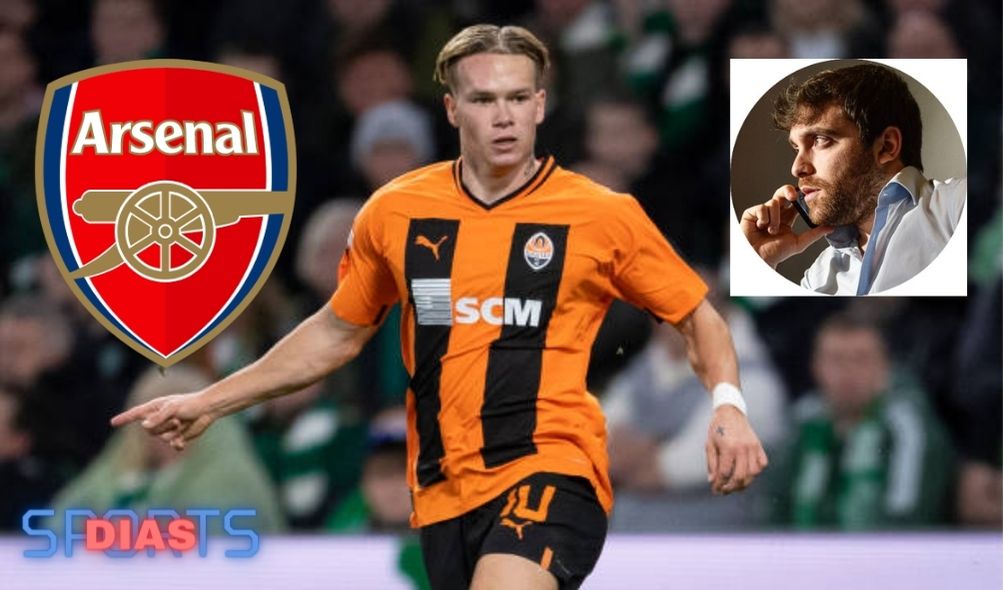 However, the winger prefers a move to the Gunners. Although, Shakhtar Donetsk will demand 100 million from the interested sides.

According to reports, Arsenal target Mykhaylo Mudryk is taking English lessons for a long time. This is because the wingers want to move to Gunners in January. Hence, he wants to be fully prepared for the potential move in the winter transfer window. This is the reason Mykhaylo Mudryk is also giving interviews in the English language.

“I have given maybe a dozen interviews in English,”. “I’ve been studying English for a long time.”

The winger is in brilliant form for the Ukrainian side this season. Hence, Donetsk are going to ask a mega fee for their star winger. A number of reports have also claimed that Newcastle United are preparing a bid for the young winger. Hence, Arsenal should also plan for the transfer.

A number of top officials of Shakhtar Donetsk have said that they will demand 100 million for their star winger. Hence, there are chances that Arsenal will be put off by such a high price tag. Hence, the player and his agent has expressed his disappointment in putting such a high price tag on the player. Therefore, the winger is going to have talks with his side to reduce the fee.

Mykhaylo Mudryk has also said that he loves to see Arsenal play. He has also said that the Gunners fans message him every day to join the club. Hence, he is giving all the indications that he wants to join the Premier League giants. The report also claims that the Arsenal manager Mikel Arteta also would like to work with Mykhaylo Mudryk in the future.

Hence, now the Arsenal owners will have to take the decision on the signing of Mykhaylo Mudryk. This is because Newcastle United are also closely monitoring the situation. One thing is for sure the Gunners owners want to avoid another Bruno Guimaraes transfer situation.