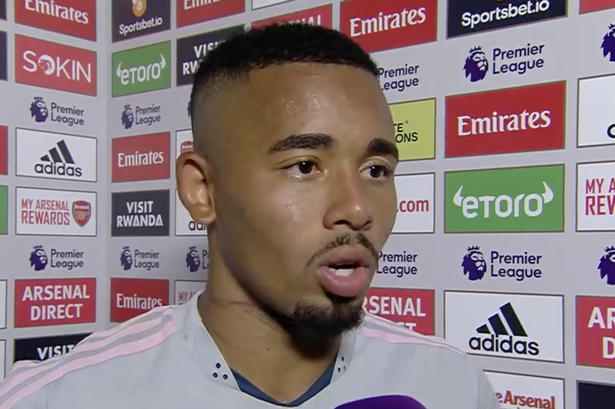 Arsenal striker Gabriel Jesus says standards slipped for their draw at Southampton. After a bright first-half Arsenal performance crowned by Granit Xhaka’s fine finish, Sunday’s hosts found their way back into proceedings and secured a point when Stuart Armstrong equalised midway through the second half.

“It feels like we lost the game – because of the way we played, the way we created a lot, in the first half more than in the second,” Jesus told Arsenal.com after the match. “In the second, we dropped a level again.

“It was a little bit similar to what happened against Leeds. We have to realise that, be smart and see what we are doing wrong, and then improve.

“We have to improve and try to come back at the same level at which we started the season, as a team and individuals. [We’ll] work hard and then come back stronger.

“There’s no excuses. We have some days to prepare, to work on what we have to do on the pitch. Obviously there are some players who need more time to recover, but like I said, it’s all about focusing on the pitch.

“We are creating chances, like in the last game. But the balls aren’t going in the net, and today that happened again. Now is the time to realise, breathe and try to come back.”.