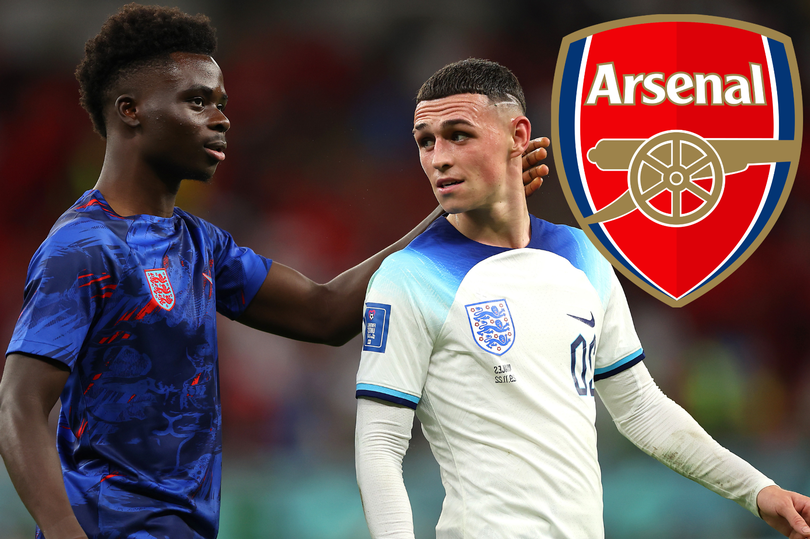 Bukayo Saka’s starting spot in Gareth Southgate’s England XI ahead of the knockout stages has been heavily scrutinized after Phill Foden’s heroics against Wales on Tuesday night as the Three Lions confirmed top spot in their group with a 3-0 victory.

Foden was on the scoresheet and had an impressive performance, which has put him in the reckoning to start on Sunday against Senegal ahead of Saka. However. Saka has already proved why he should reclaim his spot in the crucial round of 16 tie.

Saka started England’s first game of the World Cup. Gareth Southgate opted to start Arsenal’s youngster on the right wing to complement Harry Kane, who led the line. He certainly repaid the favour as his two goals helped the Three Lions to a rampant 6-2 victory over Iran. And he should be given the chance to start in another pivotal match for his country.

Saka has been excellent on the right-hand side this season and is a major reason why Arsenal are currently at the top of the Premier League. However, in England’s build up to the World Cup, Phil Foden and Mason Mount had been chosen to start in that position.

Both players have been involved in fewer goals than Saka since 2021, with Mount having 25 goal contributions and Phil Foden 23. In the last two matches before the World Cup that England played, they failed to win, and lacked any attacking threat until Saka was introduced.

Foden turned in an underwhelming performance in an intense Nations League game against Germany on the right-hand side, and Mason Mount also showed a similar poor display against Italy in the same position in the games before the World Cup.

In contrast, Saka made a statement with his impactful exploits against Iran in the opener, as well as for Arsenal leading up to the competition which should put him in pole position to start England’s World Cup knockout match against Senegal in his preferred area of the pitch.

Foden’s performance against Wales was certainly impressive, but with England in a strong position to qualify in the group before the match kicked off, there was less pressure on him. Saka has already shown that he is a pivotal presence when his team is under pressure this season.

This has been epitomised by the fact that he has had the same impact on the Gunners that Kevin De Bruyne has for Manchester City from a creative point of view so far this season. He has been a handful for the opposition and arguably Arsenal’s most threatening player.

And, it is due to his impressive form that the youngster has been called up by England to take part in his first ever World Cup. His dominant Premier League statistics also highlight why he should be in the starting XI under Gareth Southgate going into the final stages of the competition.