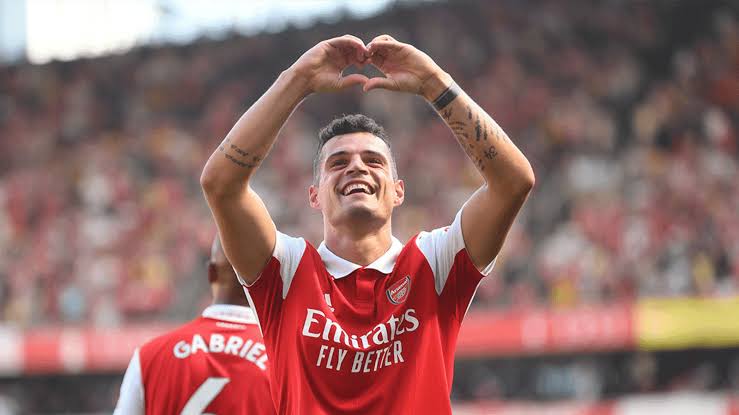 Arsenal are eager to open deal negotiations with Granit Xhaka after the midfielder’s sensational start to the current campaign. The Spanish manager values the 30-year-old midfielder and his leadership in the dressing room, opening up the possibility of keeping the footballer beyond his current terms.

Scenes from October 2019 were still fresh in the memory of Arsenal supporters when Xhaka threw the captain’s armband to the ground and swore at the fans at the Emirates. At that stage, Granit’s career at Arsenal seemed to be over. But Switzerland international has turned it around in style.

Emery was quick to strip him of the captaincy in the aftermath, although Mikel Arteta’s sacking soon afterwards may have changed the scenes. The Spanish manager’s first task was to convince the Swiss midfielder to stay put at the Emirates until the campaign ended, which paid dividends as Arsenal won the FA Cup.

While Granit continued playing for the Gunners, the summer of 2021 was when he seemed closer to the exit door than ever. Arsenal’s inability to agree on a deal with Roma and the failure to find a suitable replacement led to them offering a new deal to Xhaka.

His current lasts until the summer of 2024, with the club reportedly holding an option to extend it further by another campaign. The London giants are now poised to offer Granit Xhaka fresh terms in light of his sensational start to the current season.