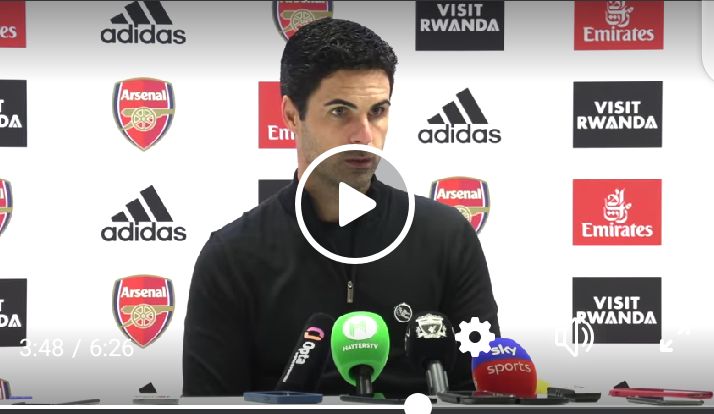 Juventus have proposed a swap deal to bring Albert Sambi Lokonga to the Allianz Stadium. The Bianconeri want the 22-year-old midfielder in winter and are willing spare Weston McKennie in exchange. Whether Arsenal are open to the idea is yet to be seen, but it does sound interesting on paper.

McKennie will count on his lucky stars for a regular place in the starting lineup at the Old Lady this campaign. Due to injuries to key stars, including Pogba and Chiesa, Max Allegri has picked the American midfielder owing to the change in shape.

Many believe, Weston could be back on the bench once those injured stars return. Hence, the media has already linked the 24-year-old midfielder with a move away from the club. McKennie has started 7 out of the 10 Serie A matches this campaign, providing a single assist.

Weston was linked with a move away in the summer but ended up staying put in Turin. The Bianconeri may look to somewhat refresh their squad in winter. They might consider selling the American midfielder for another footballer. As per the reports, that footballer looks to be the Gunners’ Albert Sambi Lokonga.

Earlier reports suggested the Gunners were set to offer Belgium international in exchange for Manuel Locatelli, but Juventus seemed to have other ideas. Whether Arsenal are keen on the 24-year-old midfielder stays to be seen, but it sounds like an exciting proposal on paper.

Arsenal are one of the teams vying for Sergej Milinkovic-Savic, with PSG and Juventus also waiting in the wings. The 27-year-old midfielder will have a year left on his Lazio deal next summer, giving teams a great opportunity to snatch him away on the cheap.

Lazio president Claudio Lotito recently suggested Serbia international’s value has jumped from €100m to €120m, reflecting on the midfielder’s recent displays. The Serbian midfielder has been sensational this campaign, scoring 3 goals and providing 7 assists in the first 9 Serie A matches.

Yet, his contractual situation states otherwise, with 18 months left on his current contract. The Gunners are thought to be keen on signing the Serbian. The Spanish manager looked to bring in a new midfielder during the summer. But Xhaka’s fantastic form this campaign may have led to a re-think of signing a new footballer in that position.

The London giants are also set to offer Granit a new deal. Bringing in a new midfielder in the same position would be doubtful under those circumstances. Milinkovic-Savic may well be an opportunistic signing at best. The Gunners will be on the case if he is available.

Qualifying for the next campaign’s Champions League should boost their chances. But in light of other top teams being in the mix, Sergej would have many options on his table. The Gunners are certainly an attractive destination in the present scenario, but better clarity from Sergej’s camp would be crucial in determining his next move.

Arsenal started negotiations with No.9 Serie A centre-forward

Arsenal and Man United could go head to head for the signature of Napoli centre-forward Victor Osimhen. Nigeria international has been in much demand, and both the PL teams have been on his heels for several days. Napoli will likely command a fee in excess of €100m it looks.

The London giants have been on a dream run, and their long trophy drought could finally come to an end as Arsenal currently top the PL table. It would be too soon to declare them as the favourites. But there have been positive signs from the Gunners which could be granted as a success for the Spanish manager.

Mikel Arteta has been tipped to have a more hands-on approach, and the arrival of a centre-forward like Victor could bridge the gap with Liverpool and Man City. That said, the presence of Gabriel Jesus begs the question of why the Gunners want to sign Osimhen.

Arsenal and Man United have enjoyed utter domination in the PL in the past. But Arsenal have managed to grab the attention this time with their crisp and attacking football. Praise has been pouring in, but the Spanish coach knows he will need fresh faces to compete with the behemoths in near future.

Securing funds has not been a problem, and should the Nigerian centre-forward arrive in the Emirates Stadium, the African striker could emulate the feat of a certain Pierre-Emerick Aubameyang.