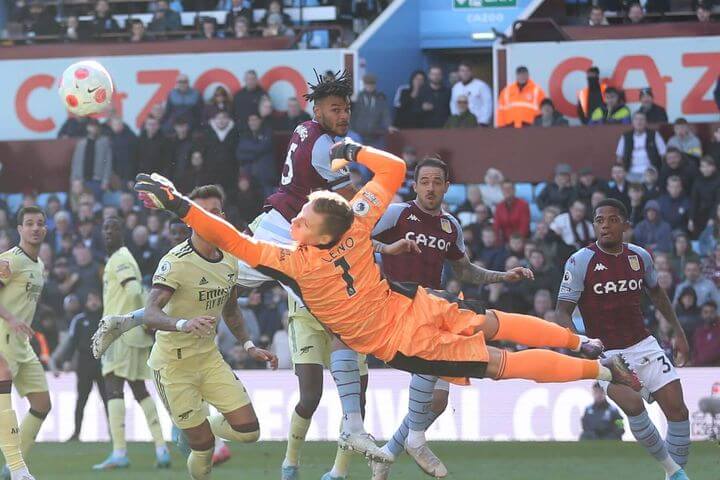 Arsenal are preparing to return for Aston Villa star Douglas Luiz during the winter transfer window.

The North London giants attempted to secure the services of the Brazilian in the latter stages of the summer market, with the team believed to have had at least two offers turned down, with their final bid believed to be in the region of £25m.

Aston Villa are believed to have made it clear that they would not sell for under £30m, which is a figure that the North London outfit were not prepared to meet.

Arsenal head-coach Mikel Arteta revealed late in the window that the injuries to Thomas Partey and Mohamed Elneny led to a late scramble for a new playmaker.

“We had a lot of things still to do in the squad. The club has done a phenomenal job of bringing in players that we wanted,” Arteta told reporters.

“Unfortunately, in the last 72 hours, Thomas [Partey] and Mohamed [Elneny] got injured, and we had to react in the market. We tried, and at the end of the day, we have to bring in the players we feel are right, but we didn’t manage to do it.”

Aston Villa head-coach Steven Gerrard, meanwhile, said at the end of the transfer window that he had no concerns over the player’s attitude moving forward.

“Knowing the boy and the player, I doubt it (whether Luiz would lose focus). I’ve got confidence he’ll understand the situation and the club’s decision that we didn’t want to lose a very important player and a top player so late on in the window,” Gerrard told reporters.

“From a personal point of view, I very much back the club’s decision and stance on that. I spoke to Dougie face-to-face yesterday, he understood where it was at and the position that the club was in, and he very much respects the decision.

“Hopefully, it’ll calm down in the hours and days coming, and he’ll be fine moving forward.”

Arsenal and Newcastle United are reportedly ready to battle one another for the services of Benfica defender Alex Grimaldo in January.

Arsenal head-coach Mikel Arteta has been left “really surprised” by comments ex-goalkeeper Bernd Leno made about his exit from the club.

The now-Fulham keeper fell down the pecking order behind Ramsdale in the 2021-22 campaign and only made one Premier League games after the end of August.

With his deal set to expire in 2023, the Gunners accepted a cut-price fee from Marco Silva’s side for the sale of Leno, who was relegated to third choice behind Matt Turner this summer and made an expected exit four years after arriving from Bayer Leverkusen.

The Gunners only received an upfront payment of £3m for the Germany international, which could rise to £8m if all add-ons are hit, and he recently claimed that “politics” played a part in his departure.

“The most important thing for me is to find my rhythm again. Especially after I wasn’t actually able to train properly at Arsenal and had no preparation. It’s up to me to get the focus back on the national team.”

Arsenal in pole position to sign 21-year-old Star Player, Fans Should Be Happy

Arsenal: Edu ‘connections’ could lure £87m star to the Emirates