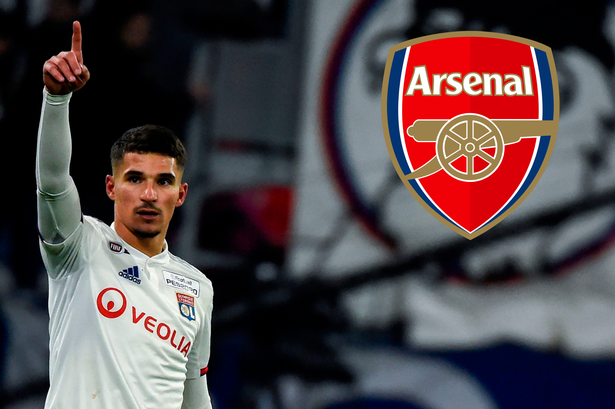 Arsenal are still in the battle for Lyon midfielder Houssem Aouar. France international has been strongly linked with a move away from Les Gones many times in recent years. Aouar has just played one game so far for Ligue 1 club this campaign, and he’s almost guaranteed to leave the Groupama Stadium next summer.

The report also claims that the London club are still interested in signing Houssem. They will face competition from Newcastle United, Real Betis, and Juventus to secure his signature, but it’s growing increasingly unlikely that he will remain in Ligue 1 as it stands.

The 24-year-old midfielder’s deal at Lyon expires at the end of the campaign, so all interested sides will be able to add the player on a free transfer. His versatility could make him an attractive prospect to the Spanish manager. The Gunners sold Torriera to Galatasaray for £5m, on top of selling Guendouzi to Marseille on a permanent basis.

The French midfielder is primarily a playmaker, but has regularly played in a slightly deeper role, and would have no issues slotting into the Gunners’ two-man midfield. The Frenchman’s also played out wide at times, making him a useful squad option for the Gunners, especially due to the congested fixture list that comes with playing in the UEL.

Houssem Aouar graduated from Lyon’s academy in 2016, later gaining international recognition when he starred in 2019/20 UCL, helping his side knock out Juventus and Man City before losing to Bayern Munich in the semi-finals.