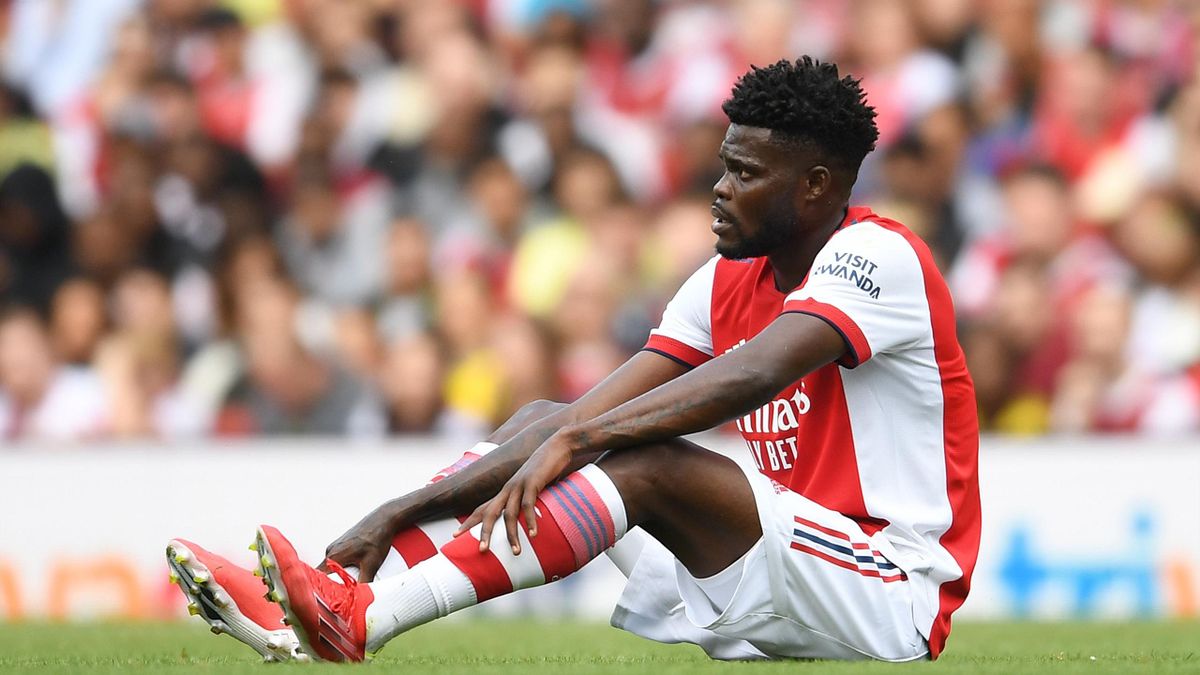 Arsenal will face Brentford in the Premier League this weekend and in a major injury boost, midfielder Thomas Partey has returned to training before this tie.

The midfielder had picked up a thigh injury a couple of weeks ago but he’s back to first-team training which means he will be available for selection this weekend.

According to Goal, Thomas Partey had returned to training last week and was scheduled to feature against Everton but that game had been postponed.

This means the Ghanaian international has gotten one more week to get back to full fitness so he will surely be in the starting lineup.

ALSO READ:  “He Has Had A Few Problems, He Can Be Too Rash”, Jamie Redknapp Names The Player Who Is The Biggest Issue For Arsenal
Advertisement

Thomas Partey has been really unlucky with injuries since joining Arsenal and as per one piece of data, he’s started only 58% of Premier League matches with Arsenal since joining the club.

🇬🇭 Thomas Partey has returned to full training ahead of Arsenal’s game against Brentford. pic.twitter.com/qsRpv63XhU

He played only 14 Premier League games last season and this time around, he’s featured in only one league game so far.

The Gunners did not sign a new defensive midfielder in the summer plus Elneny is out with an injury so Partey’s return is a big boost.

He’s already missed Arsenal’s last four matches but he will most certainly start against the Bees, alongside Granit Xhaka.

Apart from Thomas Partey, there are no other major injury worries for the manager because the likes of Reiss Nelson, Smith Rowe and Cedric Soares are all backup players right now.

Arsenal ‘worried’ about future of £70k-a-week star at Emirates

Arsenal: £30m star ‘desperate’ to play in new position at the Emirates