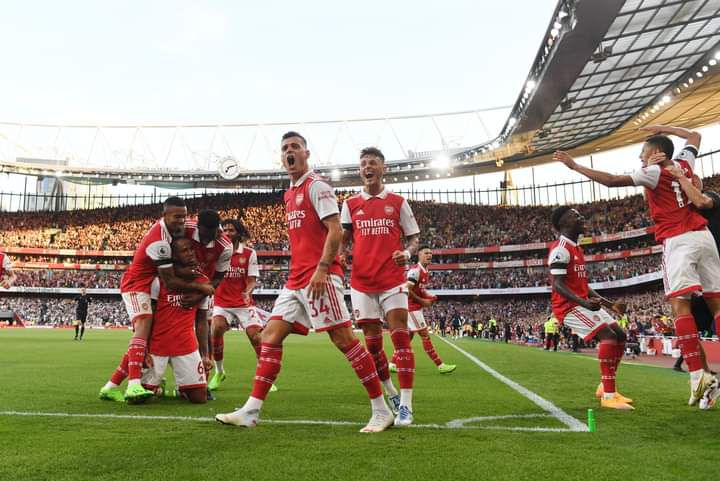 Arsenal return to Premier League football after securing their qualification to the Round of 16 in the Europa League, so let’s take a look at the predicted lineup.

The Gunners put in a good performance against PSV and emerged with a 1-0 win. That will give them a lot of confidence ahead of the trip down south to Southampton. A lot of changes can be expected to the team that took to the field during the week.

Aaron Ramsdale will be back in goal replacing Matt Turner and the Englishman will be looking for another clean sheet. Ben White will likely come in for Tomiyasu at right-back while Kieran Tierney will start on the left.

William Saliba is another player who comes in after sitting out the midweek game and will replace Rob Holding. The Frenchman alongside Gabriel have formed a good partnership in the centre and their ability on the ball will also be crucial in setting the tempo of the game.

Thomas Partey will be back in the starting XI along with his usual partner Granit Xhaka. The Ghanaian has the ability to break through the defence and that is needed against the hosts. As for the Swiss midfielder, he is full of confidence at the moment and that makes him an even bigger threat.

Martin Odegaard proved to be the difference maker in the win over PSV and his skills will be needed on Sunday as well. The captain has the knack of always finding the right pass and the Saints need to be careful with him around. Both Bukayo Saka and Gabriel Martinelli should be fit and available for the weekend and that is a big boost for the north Londoners.

Arsenal will also hope that Gabriel Jesus will be on the scoresheet once again as the forward has been impressive in the last few games. His presence will be a thorn in the Southampton defence and that should give the Gunners a few chances to score from. It will not be easy to come away with the three points, but the visitors have the squad to pull it off.